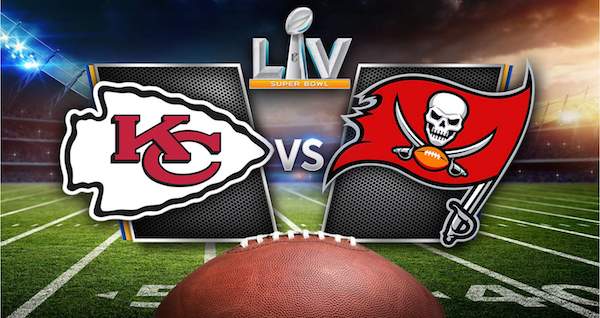 Before you read on, please learn about and sign up for our upcoming place branding webinar here.

Last year was particularly challenging for advertisers. They worked hard to hold viewer attention in the midst of a once-in-a-century pandemic, an increasingly volatile political discourse, and a massive audience shift toward ad-free networks like Netflix.

As a result, for TV advertisers, a lot was on the line for the 2021 Super Bowl. Scores and scores of smart creatives, I’m sure, set to work to produce ads that could prove their merit, break through the clutter and leave an indelible mark on the hearts and minds of viewers the day after their socially-distanced Super Bowl party.  But this year was different for another reason, too—it was the first time I can recall there being no Coca Cola, Budweiser, Ford, Pepsi, or other legacy brand ads. We were even without Avocados and Hyundai (which I thought had one of the best last year with Smaht Pahk) ads. Instead, we had a bevy of newcomers seeking to win us over, all of them eager to prove themselves as well. But, did they?

Like last year, ads cost about $5.5 million dollars for a 30 second spot, so the pressure was on. The challenge was to create an ad that entertained, strengthened the brand, and, most importantly, moved units.

In this sense, Super Bowl ads are just a win-or-lose game. Either they sell product or they don’t. They need to measure up to the cost of the spot, because in the end the big question will be “Did this ad sell?” Many ads are highly entertaining, engaging, or heartwarming, some make you laugh or bring tears to your eyes or even spawn new catch phrases (“Wassaaap!”). Yet if the spot doesn’t result in a purchase, this is a failure and the money was wasted.

This year’s Super Bowl presented an interesting mix of commercials with the usual mix of humor, star power and patriotism. There were a few winners and losers but for me most were just unremarkable.

Here’s my list of ads that were the most likely to change customer behavior and result in increased sales, as well as those ads that were probably a waste of money.

Reminded me of the Old Spice “I’m on a horse” ads a few years back. Direct, in your face and clearly targeted at masculinity with a fun, quirky, in your face approach. This ad is an extension of an already successful Youtube campaign but with the reach of the Super Bowl, likely drove awareness, Google searches and web traffic through the roof.

This ad highlighted the fact that 87% of Americans rate their experience at a car dealership as a negative one. Though a little over the top, this ad had some fun exaggerating this experience and presenting an alternative. Because there are competitors (like Carvana) who play in the delivered car buying experience, I wish Vroom had branded the ad a little more strongly to better “own” the experience.

Full disclosure, I was a swimmer, so this one hit me a little closer to home than others. But in a year when we may or may not have an Olympics, to promote an athlete’s story is a risky proposition—especially from a sport where athletes not named Phelps or Lochte rarely get recognized. But Jessica Long’s story is so compelling, and the way Toyota presented it, it’s hard not to want to root for her and for Toyota. This ad may not sell cars immediately, but will strengthen their brand equity and assure purchases in the future

Though this ad only spoke to a smallish but growing segment of the population, it presented a strong, direct and compelling case for a technology that can help anyone with diabetes. Anyone suffering from diabetes, or who knows someone afflicted by it watched this ad and knew exactly what to do and why to do it. Having Nick Jonas deliver the message without overselling only made it more compelling. 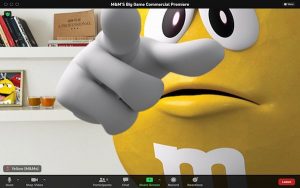 For many companies, being able to brand an event or occasion is like, well, winning the Super Bowl. In this commercial, M&Ms grabbed hold and took ownership of “the apology.” Imagine if consumers around the world saw M&Ms as the appropriate candy whenever they had to apologize. The creative also has infinite extendibility into any occasion at any time of the year. This one was a home run.

#5 “We are all investors“ by Robinhood

I had no idea what this was when I saw the ad—and afterward I had no interest in finding out.

The only thing I learned here is that Tony Romo’s wife is a slightly better actor than he is. Not sure how giant trucks and sandwiches translate to shoes. Dear Sketchers, call Howie Long. His commercials at least showed a benefit

This ad tried to present a clear “dairy free” benefit—which, had the creative execution been better, might have made the top 5. But when the ad is like listening to your drunk cousin sing at the Thanksgiving table, all you want is a way to escape.

What is this ad about, and why do I care? Maya Rudolph is a tremendous comedienne, but I had no idea what she was selling. Nor did I care. The production value was poor and the messaging was meaningless.

#1 WORST OF THE WORST: “Jason Alexander Hoodie” by Tide 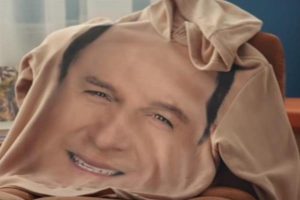 This ad might not be a total waste if P&G is smart enough to offer this hoodie on line, but I suspect they would make more money from that than from incremental sales of Tide. The ad shows multiple expressions of Jason Alexander throughout, but what I couldn’t shake was that the same smiling face at the beginning (when it was dirty) was there at the end. So what changed? There seemed to be no clear followthrough here. And why a Jason Alexander shirt? Just plain dumb.

Strong star power with Ashton Kutcher, Mila Kunis and Shaggy, but what did we learn that we didn’t already know? Oh yeah, Ashton Kutcher can’t sing.

John Travolta was the best part of this ad, and like Martha Stewart says, “He’s still got it.” But I didn’t see the connection between him and the products being sold. I’ll certainly remember Travolta’s Tik Tok, but not the advertiser.

#3 “No way Norway” by Cadillac

This was a fun and entertaining ad that played on Farrell’s most recent role in the film Eurovision Song Contest: The Story of Fire Saga. Like so many star-filled ads, it left me knowing that Norway has more EVs per capita than America and that Sweden, Finland and Norway are often confused. … Wait, what product were they selling?

#2 “Pretty Sure” by Rocket Mortgage

Entertaining, but 30 seconds after it was over all I could remember was Chris Rock and Sly Stallone. The brand itself didn’t stick.

#1 MEH-EST OF THE MEH: Nostalgia Itself

There were multiple ads—too many to count—that relied heavily on nostalgia. We’ve written before that nostalgia can be very good, but here it seemed to have little impact. Mainly, some of the biggest names and most memorable roles from the 1990s (!), from “Wayne’s World” to “Edgar Scissorhands,” “Coming to America” to a twist on Dolly Parton in 9 to 5. Some were ok, but none made me feel inspired to care or buy. In fact, I can’t remember a single product. I did, however, feel old and I even checked the mirror before I went to be to see if I’d aged any better than Mike Myers.

If you enjoyed this article, please register for our February webinar here. And sign up for the TopRight blog! You can also follow me on Twitter @ChrisJWeissman or pay me a personal visit on LinkedIn. And if you still want more marketing insight, think about picking up a copy of one of TopRight’s latest offerings: Strategic Analytics and/or Marketing, Interrupted.