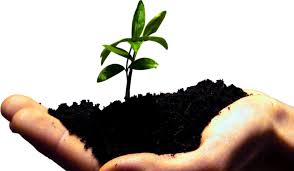 This article originally appeared in the CNBC “How I did it” column on March 5, 2015 through TopRight CEO Dave Sutton’s membership in the CNBC-YPO (Young Presidents’ Organization) Chief Executive Network. 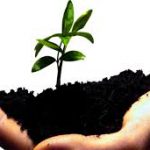 TopRight Strategic Marketing was founded in 2006 by a group of former chief marketing officers and marketing strategists from companies including McKinsey and Booz & Co. In the early years, we experienced modest success in the market, but the business was difficult to scale, with our growth limited to leveraging our existing client relationships.

Simply put, we refused to take a spoonful of our own medicine, and we botched our own marketing plan. We overspent, under-delivered and implemented inefficient and overly complex solutions.

It wasn’t until 2011 that TopRight began to practice what it preaches. That year, we rethought our digital marketing strategy and over-weighted investments in emerging marketing technologies. The result: between 2011 and 2014, TopRight tripled its revenue and quadrupled profits.

Even firms with small budgets and staff can use digital marketing technology to amplify their voice and presence. Just like we did—just don’t make the mistakes we did. Here’s a guide to getting your marketing plan and budget set right, based on the somewhat humbling, ultimately instructive, story of TopRight’s early missteps.

When we first launched, we created a very complex and unwieldy website using Flash and custom HTML code. The site was beautiful, but dreadful to navigate, unreadable on a mobile device and difficult for our target audience to even figure out what TopRight was all about. On the home page, we featured 11(!) distinct branded offerings, each with their own catchy name and icon. Furthermore, the site was expensive to maintain and difficult to update, as it required specialized skills to make even the smallest changes.

What we didn’t know then was that even though Flash looked great, it didn’t fit with our business, because we were unable to update content frequently to remain relevant as our business evolved. As a small business, we couldn’t afford to keep a dedicated Flash programmer on staff, and outsourcing became prohibitively expensive. The net result: We sacrificed and made very few changes to the site. It became a static “brochure-ware” site, and it failed to support lead generation as we had planned.

We finally realized in 2011 that we needed to undergo a massive overhaul of our Web presence. Content management systems had matured to a point where they were more affordable and usable for small businesses. We selected WordPress for its simplicity and the abundance of available designs and templates. For example, it made our site “responsive”—meaning that it can sense the device from which a user is accessing the site and adjust to make the site adapt to the device screen size and functionality.

We also like the fact that WordPress does not require a heavy-duty programmer to maintain. Due to its ease of use, most people in our office have the skills to make simple changes to the website and post new content on a regular basis. Today it’s the cornerstone of our lead generation strategy, usually the first stop for any prospective customer or employee, and it also has become the primary channel for communicating our thought leadership.

A lot of small companies think they can manage their marketing plans and budgets in Powerpoint and Excel spreadsheets. Moreover, they think that a more comprehensive and rigorous marketing management system to help track plans, resources, assets, calendars and budgets requires a significant investment. That was what we thought in 2006. Most, if not all, of our business was being run on Microsoft Office applications. Static spreadsheets that we created at the beginning of each year to lay out our plans and budgets and then were hardly ever referred to again throughout the year.

It’s no wonder that we had no idea how much we were spending, what was working, what was not, etc. When times were good, we patted ourselves on the back and doubled-down on our sales and marketing spending. When times got tough (like during the 2008–2009 recession), we cut budgets across the board arbitrarily, because we really did not know what else to do. At the end of the year, we would try to do a retrospective, but our spreadsheets had not been updated during the year and planning for the next year really became just a “percentage refection” of what we had done the prior year.

That all changed when we started using an integrated marketing management system. We’ve been fortunate because we have a technology partner called BrandSystems that we implement for some of our clients. So we were able to begin experimenting with their solutions on a “software as a service” basis for a low monthly fee—an approach we highly recommend for small to medium-sized businesses because a lower entry cost means less risk. We also use Salesforce.com to monitor and manage our pipeline of leads. Between the two, we can now generate, nurture and convert leads with a structured and easy-to-manage process for measuring return on investment. And when it comes time to put together a plan for the next year, we have a baseline to work from that is simple and clear.

One of the things we did when we first launched the TopRight brand was to produce a short (less that two minute) animated video to describe our firm, our capabilities and our values in a fun and engaging way. The video was prominently featured on our website home page, and first-time visitors to the site were greeted in a creative and memorable way. Then, in a glaringly stupid move, we removed the video from our home page after the first three months because our agency told us it was just for launch and had become unnecessary. Their logic was that “everyone has seen it now, so let’s move on to the next campaign.”

It wasn’t very long before some of our clients started asking about the video, mentioning how much they liked it and wondering why we had taken it down. The lesson here is that not only can video be effective, it can also have an extremely long tail. When we designed the new website in 2011, we relaunched with a video again (using a Vimeo plug-in) on the home page, and this time we left it up. In fact, just last year we had a client who came to us and said that they still remembered that first creative video, and they were happy to see we returned something similar to the home page.

Another mistake that we made in the early days was to develop a completely separate blog site and attempt to brand it separately (using our “Corner the Market” tagline). Our thinking was that by having two branded websites, we’d have a better chance of attracting new customers and employees. We had what I refer to today as a “Field of Dreams 2” marketing attitude: “If you build it twice, they will come twice as often.” Of course, building and maintaining two branded sites creates more than twice the headaches and demands more than twice the support! Coca-Cola can afford to own and manage numerous branded sites for every one of their products, but small companies should not attempt this!

Blogging became a heavy-lifting chore for a few people on our team. And not surprisingly, most avoided the task like the plague. The net result: Like the website, the blog site became stagnant and was very ineffective in driving new business for the first few years. When we created our new Web platform in 2011, we integrated our blog into the core website, and today we have one primary branded asset that we use for lead generation. And with an easier-to use content management system, everyone in the office has gotten into the act, blogging on subjects that are relevant to our business and our clients.

Unlike deep-pocketed large companies, small businesses can’t afford to build numerous branded assets and channels. You need to focus. And this is not just about the money invested; it’s also about the opportunity cost of having your team focused on revenue-generating activities, not babysitting a website or blog.

By learning from these mistakes, TopRight now competes against much larger competitors.