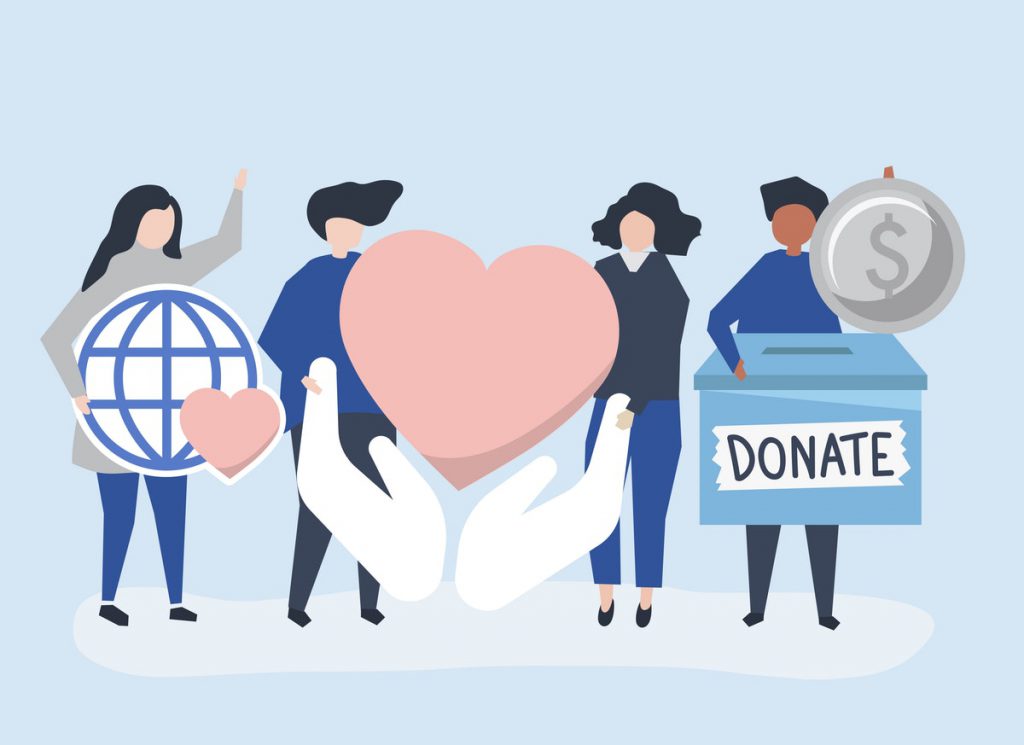 Christmastime is upon us, and the nation’s nonprofits are on full blast till the end of year. There’s Make-a-Wish, Robin Hood Foundation, Action Against Hunger, and so many others. All in all, every last one has an important message for the world. So, who gets your donation this season?

Or who deserves it? Often, only a few truly do. Perhaps that seems harsh, but so many nonprofits are debilitated by poor performance, weak exposure, badly conceived messaging, financial incompetence (or fraud), or they’re just straight up fly-by-night scams. Yet this much I know: each year I can easily identify (and donate to) the most productive nonprofits by noting the success of their brand strategies. Without fail, the most effective charities have a strong sense of self—a powerful story and a ruthlessly consistent brand message—just as any successful business might.

You may tell me that a poorly performing nonprofit is still a good thing, staffed by good people with their hearts in the right place. But, I may say in response, if the brand message isn’t on point, and the money isn’t coming in, then it just doesn’t matter in the end does it?

Here are some major mistakes I see the weakest nonprofits making all the time.

1. Not Driving Home the Story

Regardless of the purpose of a nonprofit, what’s needed is a compelling answer to one question: Why? As in, why do you exist? Any company—and a nonprofit is a company—must start with knowing the why, the what, and the how that lay at its core. And not just because bad storytelling damages nonprofits far more than it does for-profits, but because a nonprofit must be more authentic than an ordinary company to succeed. A meaningful and memorable credo must be emblazoned into every stitch of the brand and every facet of the organization’s day-to-day function to a degree that goes beyond ordinary business. And really, since they rely on the sheer good will of donors, why should it be otherwise? Donors need a reason to act, so give them one. And give it to them consistently and in fewer than 6 seconds.

To me, there was nothing smarter, simpler, and more effective than the ALS Ice Bucket Challenge of YouTube fame. It’s hard to think back now, but before those viral videos blew up, very few had heard of ALS (also known as Lou Gehrig’s disease), never mind the tiny organization—the ALS Association—that conceived of the challenge. The videos screamed authenticity, were brand aligned and consistent with the charity’s message, and they had the added benefit of attracting celebrities to participate. So one would think that other nonprofits would get the message and start working on their own social media presences. But in fact, looking at the Top Nonprofits in Social Media list from topnonprofits.com, it seems that the top ten were already pretty well known before social media even existed. Few of the names on the list of 100 are less recognizable than TED Talks and National Geographic Society (both nonprofits). It can’t be that, in all these years, the ALS Association was the only small nonprofit wise enough to break through into the big time. In any case, the solution to this is obvious: nonprofits need to carry their brand messaging through on social media by providing premium video and text content and aiming it at targeted market segments. In other words, do your market research and get to work!

3. Not Treating Your Nonprofit Like the Business It Is

Mother Teresa had a reputation that many still aren’t aware of—as a bad-ass businesswoman. Kind hearted, saintly, beneficent, yes—but don’t get in the way of her professional goals or she’d eviscerate you. Does this seem odd? Not really. Not when the welfare of thousands of sick and poverty-stricken people are on the line. And when you’re as sophisticated and business-minded as the late Mother was, you’re deeply aware that killer brand messaging is crucial. (And look how well it worked, since her legacy lives on in so many places around the world, including in this blog post!) Point being, any nonprofit should strive for such a combination of marketing savvy and genuine moral urgency. But since that combo is rare in one individual, we’ll have to settle for following just one basic criterion: If you can’t answer the basic marketing questions—Why do you do what you do? What line of work is your nonprofit really in? How do you want to change the world?—you shouldn’t be running a nonprofit (or a for-profit) at all.

4. Not Keeping it Simple and Providing a Strong CTA

As I write in my book, it’s of the utmost importance to keep things simple. Pitch your idea in less than six seconds to busy consumers out there who have better things to do than give their money away. Give people a reason to care, to have an emotional response, to laugh—and then deliver the call-to-action. If they listen to you, what do they do next? Don’t let them waste any time or have a moment to doubt themselves. Don’t make them search. Don’t make them waste time. Don’t make it hard for them to give you money!

5. Not Implementing an Effective Strategy

Since we’ve established that a nonprofit is a business after all, it behooves those running them to think strategically, going beyond just the next quarter or next year’s numbers. Building a brand isn’t really about promoting a product or growing the business—it’s about constructing something that won’t easily die, that will live on and weather all kinds of storms. Your strategy needs to encompass that. I’ve written before about striking the right balance between marketing and fundraising, which is really about the nonprofit super-long-game. So, do your audience survey research, create the right objectives for your marketing and development teams, embrace creative tension among team members, and think every day of what you can do to make sure your nonprofit is around a century after your death.

The issue here is that many who are just starting out in the nonprofit world don’t think enough about financials and analytics before diving in. Ethical causes and social labor are wonderful, but if you don’t implement the correct systemic tracking and feedback measures you’ll be drowning pretty quickly. Misereor is a nonprofit that intentionally thought “outside the collection box” by inventing a credit-card-based donation machine in Germany’s busiest airport, through which passersby could donate easily and quickly while in the process setting up a donation profile tied to email and social media accounts. All of this kind of hard data is trackable, of course, and provides figures and impact metrics that can be shared online as proof of success. Innovative measures like these used in tandem with Google Analytics and the embedding of conversion rate tracking links into your CTAs produces feedback that will be critical for meeting and exceeding next year’s targets or, in other words, for expanding your brand.

If you liked this, check out my book, Marketing, Interrupted, and get more transformational marketing insights on how to bring simplicity, clarity, and alignment to your own brand story.