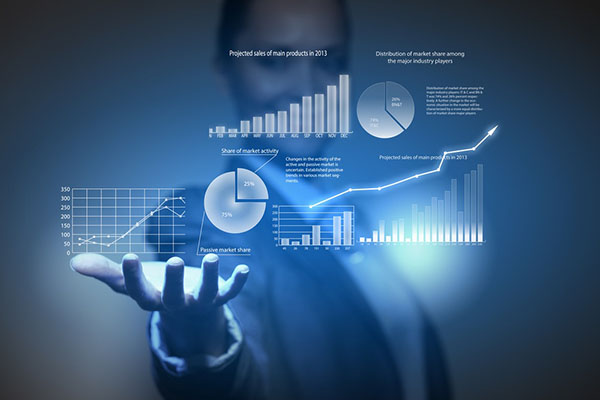 In June 2011, the retail giant’s board of directors decided it was time for a leadership change. They gave Mike Ullman the boot after seven years as CEO and appointed Apple Store star Ron Johnson. In less than 2 years, the transformation efforts were tanking stock prices and JC Penney voted to bring back the former-CEO Ullman in April 2013.

“How often have we seen and heard about a new leader coming to an organization and implementing a new strategy? And how often do we see that they don’t achieve what they had hoped for? More often than not.”  – Mitchell Nash

If you take a look at their stock price over the past 5 years, it’s evident that the company is feeling painful side-effects of its ineffective attempts at “Change Management.” 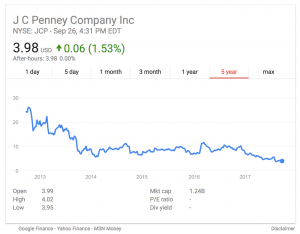 So, what is the retail giant doing wrong?

For one, they do not have a clear brand strategy. Johnson was brought in to focus on execution, but execution without strategy will not create explicit business value, which is a key condition for successful transformation.  Johnson’s first big move?  He taps the notorious former CMO of Coca-Cola, Sergio Zyman.  Sergio’s first move?  Kick out the old agency and bring in a new one!  A classic “new CMO” move: tap a new creative team, dive into execution, try to interrupt the status quo and fool customers into re-engaging.  Once again, charging forward with no clarity or alignment on the brand story or strategy.  So, it should come as no surprise that when Johnson was shown the door, Sergio was close behind him.

“JCP had a plan for betterment and not winning — one of the most common mistakes in ‘strategy’.” – Roger Martin, Memo to JC Penney: Execution Is Not Strategy

Designing, executing, and sustaining change management is part of continually improving the health of your organization. In order to drive transformation, executive visions for change and the promise of the brand must be fully aligned with leadership and communication styles.

We’ve identified 9 guiding principles and critical success factors based on our experience leading global change initiatives over the past 25 years.

Over the next several weeks, we’ll explore each of these 9 critical success factors in depth. Subscribe to weekly updates to stay informed.

“Having the ‘right’ strategy is only part of the story. And I think the other part—understanding how people react to change—is just as important.”  – Mitchell Nash

TopRight’s unique, transformational approach is designed specifically to overcome organizational roadblocks by focusing on changes that will have the biggest impact on your business; and rolling out those changes in manageable pieces, logically sequenced to ensure success. Stay tuned to learn how you can drive long-term transformation with TopRight’s Guide to Transformational Change Management.