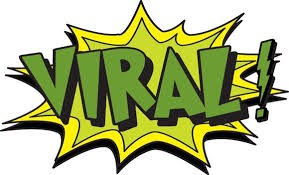 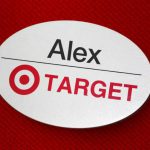 Follow along closely because this is confounding. On Sunday, a random teenager named Alex, who works at Target in the state of Texas, became an international meme. On Tuesday, a heretofore unknown “entertainment network” called Breakr claimed to have orchestrated his fame. On Wednesday, Alex — and just about everyone else associated with his new stardom — said they didn’t even know Breakr existed.

According to the CEO, Breaker had one of its power “fangirls,” tweet a picture of LaBeouf. The picture was then sent to other “fangirls,” with Breakr saying the company then passed the picture along to some “YouTube influencers.” From there, #AlexFromTarget took on a life of its own. “We wanted to see how powerful the fangirl demographic was by taking an unknown good-looking kid and Target employee from Texas to overnight viral Internet sensation,” wrote Breakr CEO Dil Domine Jacobe Leonares.

On its website, Breakr says it helps “connect fans with fandom,” though its purpose isn’t exactly clear. Even so, it seems that Breakr works with teen social media influencers, who come from places like Vine, Twitter, and YouTube, to name a few. They’re called influencers because they hold influence due to their mass followings.

Alex is still in high school, and his full identity has been appropriately protected. At the same time, he has bowled over the social media world in the last couple of days and has accrued more than 400,000 followers and was a national trending topic on Twitter throughout Monday. Target acknowledged the phenomenon with a tweet, and it quickly garnered tens of thousands of retweets and favorites.

Information moves sideways and backwards in the digital world, dispersed across a disparate network, multiple plotlines unfolding in tandem. And when the whole thing is said and done — when we wake up Monday morning and are confronted by #AlexfromTarget, this monstrosity of a thing — the only way to retrace what happened, to connect the proverbial dots, are imperfect social media analytics tools that can never really, despite their claims, deliver a complete, unflinching autopsy. And even when we know who sent the first tweets or snapped the first picture, it’s not always possible to determine which physical person was behind the accounts.

According to Brandwatch’s research, there have been more than 46,000 mentions of #AlexFromTarget in the last day. And if Target wants to boost brand loyalty with tween girls, Alex appears to be the perfect spokesperson: Brandwatch said the gender split is heavily on the female side—67 percent to 33 percent—for the aforementioned hashtag. And when it comes to #AskAlexaQuestion, the activity is 74 percent female.

Meanwhile, Target is tight-lipped about whether #AlexFromTarget will have a second act in the form of an ad campaign. The Minneapolis-based company, like everyone else on the Internet, is probably just trying to make sense out of the development.

After the dust settles, there is a lesson to be made here; from brands, talent agencies, music labels and influencer marketing companies: if you can earn the love and respect from a global community such as the ‘Fangirl’ demographic — you can rally them together to drive awareness for any cause even if its to take a random kid from unknown to stardom over night. Let us know what you think and as always stay #TopRight!