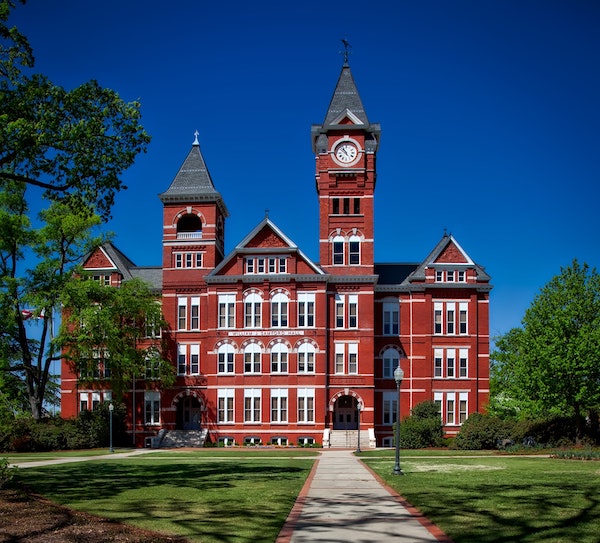 Anecdotal evidence suggests that the administrators of the Harvards and Yales of our nation actually celebrate lower annual acceptance rates: the fewer new students they admit, the more they cheer. With legacy university endowments often being in the billions, the logic goes, the exclusivity of these schools must be maintained. Why? Because it’s all about brand longevity (more on this in a moment).

But Galloway thinks that’s about to change. In a recent interview in New York magazine, and again on PBS, he said with his usual swaggering confidence that we can expect a higher ed crisis this year (he later walked that back a bit and said it could happen over the next 5–10 years) due to voracious Ivy League universities attempting to triple or quadruple enrollment. As this takes place, second-tier universities and below will begin to close, many of them hanging by a thread as “zombie universities” before turning to dust. Meanwhile, the Ivies will expand like a supernova with the help of Silicon Valley into the realm of digital e-learning—say hello to iHarvard and eYale, etc., etc.

But what is Galloway, the Shiva-Mahadeva of branding, getting wrong here? Well, the branding part of it. I ask you: why would a revered university like Princeton or Yale decide to team up with some Silicon Valley tech company in order to do precisely the opposite of what I’ve described—open up their digital side doors to tens of thousands of new and necessarily less qualified remote students? Although, yes, this would amount to more short-term profit, their exclusive reputation—in other words, what’s at the heart of their brand proposition—would be lost. Imagine that in the year 2025 America has hundreds of thousands of Yale, Cornell and Brown resumes floating around (as opposed to just a few thousand): according to basic demand-supply models the value of said degree drops precipitously. Consequently, fewer people view these schools as exceptional, and over time the Ivies become indistinguishable from any good state school. So, big mistake.

Clearly, people don’t go to Yale for a certification so they can have a middle-class career. They aspire to top-tier universities for two reasons: access to the world-class professors and general networking potential in elite circles. For these benefits, their parents pay upwards of $400K.

How can a school like Yale justify that price tag if students don’t have daily direct access to professors or network? The financial model no longer makes sense. Add to the lost prestige associated with the loosening of acceptance rates, and this affords these schools little wiggle room. And while Ivy grads tend to earn a bit more, will that gap be maintained as the alumni pool grows and grows?

My intuition tells me that, despite the temptation of immediate profits, the big brains at top-tier universities will make a quick calculation and opt out of all-in on remote enrollment. An Ivy League degree is all about exclusivity. Members of the Ivy Club at Princeton aren’t going to open their doors (or their checkbooks) if they believe their institutions have become accessible to the masses. It’s not aligned with their branding, and it would hurt them long-term.

I think the opposite is more likely to happen. Lower cost state universities could see a surge in popularity, partially through remote learning. Here’s why: Covid-19 has forced every high school student to adapt to online learning and, while sometimes unpopular and perceived to be less effective, e-learning is becoming more mainstream as secondary schools adjust their approaches to maximize impact. That means (assuming the health crisis will continue at some level) we could have a generation of students who accept e-learning as plausible and even necessary. With issues like student debt, and demand for a college degree growing, remote learning remains an alternative that those second-tier universities can offer. It would also increase enrollment without putting stress on infrastructure. Plus, as our technology evolves (5G, for example), remote learning will get closer and closer to something more like a real in-person experience.

The institutions at risk in this situation are the high-priced, lower-prestige universities with some okay name recognition. Schools like Emory in Georgia or Pomona College in California. These schools have tremendous reputations, quality curriculum—and Ivy League-level tuition rates. I’m very curious how the current crisis will change the education model for them. They’ll never be considered elite, but will see greater competition from low-cost state schools. How will these middle-tier institutions rethink their business model?

The world is changing before our eyes, and there will be winners and losers. But the theory that elite institutions will sacrifice their brands in pursuit of short-term dollars is a notion that just doesn’t meet the Ive League standard.

Sign up for the TopRight blog! You can also follow me on Twitter @ChrisJWeissman or pay me a personal visit on LinkedIn. And if you still want more marketing insight, think about picking up a copy of one of TopRight’s latest offerings: Strategic Analytics and/or Marketing, Interrupted.