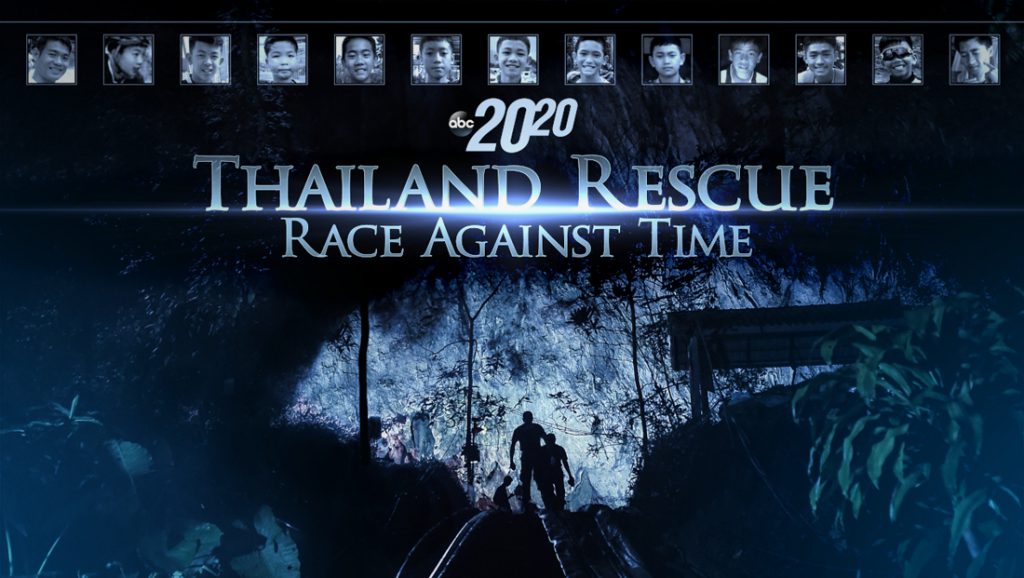 By now you have surely heard the story of the boy’s soccer team and their coach that were trapped by rising floods in a cave in Thailand for nearly three weeks. People across the globe sat glued to their screens watching the extremely dangerous rescue mission that involved the world’s best Navy SEAL, divers, engineers, doctors, volunteers and military personnel. Celebrations broke out across the globe on July 10, 2018, as news outlets declared the team made it out of the cave alive. Entirely warranted, the world collectively released its breath.

As the high-profile story dominated TV screens, newspapers, blogs and social media, Hollywood decided it wanted in on the action. It’s almost predictable: a race against time, a perilous mission, lives at stake and the whole world watching, sells itself.

In true film industry fashion, there are already six movies in development about the rescue. Whether they will come to fruition is still in question, but the sentiment remains. This story reached a global audience in a matter of days, and it’s safe to say that any further media will have the same audience.

These stories do not come without push-back, however. For one, the Thai Culture Minister, Veera Rotepojanarat, is worried about the accuracy of the stories. The Culture Ministry is even trying to set up a committee to handle the copyright issues of the producers vying for the production rights. It’s no surprise that some producers are trying to find ways to get around regulations by scouting filming locations outside of Thailand.

Rightfully so, many people are uncomfortable with the idea of turning this heartwrenching event into a feature film. Though the 12 young boys and their coach made it out alive, Thai Navy Seal, Saman Gunan, died during rescue efforts.

Along with discomfort in the capitalization of this story is the issue of ownership, truth and singularity of Story.

At TopRight, we believe your business can live or die on your Story and whether or not you have simplicity, clarity and alignment around that brand narrative. The same problem that faces these six movie production teams, all fighting for a voice, is a problem that marketers face every day (whether or not the international race to produce a movie about the Thai cave rescue is ethical is a discussion for another time).

The marketing landscape is filled with similar products in similar channels, all fighting for a voice. Your Story is what makes you stand out. You have to face the issue: do you jump on a trending topic because it’s popular and join the raving bloodhounds for a chance at quick fame? Or do you stick with what differentiates you from your competitors, while being transparent and authentic in how you take that Story to market?

The question answers itself.

The value of your Story, the real “Why” behind your business (why you do what you do and the impact you have on your customers’ lives) should be uniquely yours. Only you can tell your Story the way it needs to be told. Jumping on every opportunity like the next fad diet might be a quick way to boost social media numbers, but that audience isn’t real – they aren’t there to stay, and they know it. You can’t center the customer as the true hero of your business unless they trust you. Why would your customer come to you, purchase your product or service, if they knew, on some level, that you were riding someone else’s story to fame?

Authenticity in Story is just as important as having simplicity, clarity, and alignment. One of the biggest concerns behind several movies being in production about the Thai cave rescue is not the fact that a story about heroism is being told, but that people’s “experience” of the story will be changed and that the movie version will become the only version remembered. Today, anybody on social media can be a “reporter” and “content creator.” Anybody can talk about your brand, in any way that they like. But, the way you own your Story is in shaping how you tell it and how people experience it – it is only when those two are aligned that your brand is perceived as truly authentic.

How do you know if you have achieved simplicity, clarity and alignment? Download our Transformational Marketing Playbook to assess what kind of shape your own Story is in.