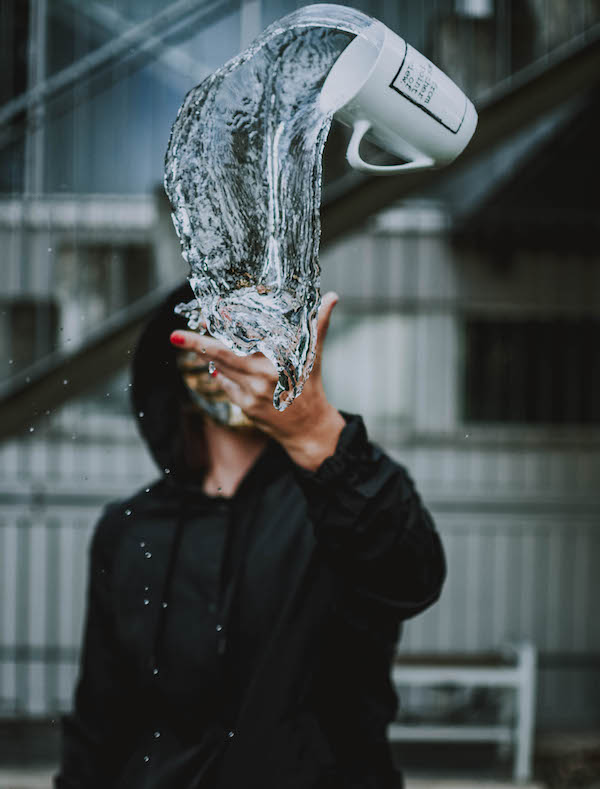 Since the crisis hit, I’ve seen some major changes in my approach to work, as well as changes in the way we design, develop and run our marketing campaigns. The lessons I’ve learned in campaign disassembly/reassembly and working in crisis mode, I think, might be helpful to others.

I learned quickly that plans just don’t matter anymore. All of the campaigns the team had planned either had to be thrown out or heavily revised. Changes were happening so rapidly. I had to—as the cliché goes—“go with the flow.”

Instead of fighting the current and imposing my plans on the world, I had to be like water. I had to go with what was in front of me instead of pushing against it. I had to think quickly, to take advantage of openings no matter how small, and make my way through complicated territory by means of constant, overwhelming effort.

Water doesn’t see the world as full of obstacles and problems, it sees it as an ongoing challenge. And in this there is wisdom, I think. In my experience, this new ‘be like water’ philosophy of mine manifests in three ways: flexibility, communication, and endurance.

New Jersey, where our client is located, was the second-worst hit state in the nation. My team and I had a front-row seat to the fallout: hospitalizations, closures, general panic.

We were in the middle of a calendar of important campaigns for the County. Campaigns are often planned a full year ahead of time, and our audience is huge. The pressure was on.

We needed to handle rapid and immediate changes in a new way—which meant I needed to embrace blowing up our plans and embracing constant change that was out of our control. We had to accept that we would hit obstacles and choose to flow around them, finding new ways to succeed. Whether we had to write a month’s worth of copy in a day, or to produce a new Covid-19 PSA in a week. We normally do five campaigns in one year, now we had to do five in three weeks. We found ways to do this by opening our hearts and minds to new ways and new concepts.

Embracing the new and the unknown is difficult. But we found we made a lot more progress by being flexible, open, and accepting new or even unlikely ways of working.

We were (and are) a small team with a big agenda in front of us every day. We all had to really listen with compassion. But not just to each other. We had to be there for our colleagues on the client team.

Our answer was always Yes when asked to tackle a new project, or how can I help when someone was overwhelmed. We knew it would be difficult, but we would try. We were sincere in our offers, too. And what happened in the end was interesting: it ended up that people just wanted to hear those words, they just wanted to know we were there. Most of the time, they never took us up on our offers, even though we would have done all we could for them.

Aside from individuals, we also had to communicate with compassion to the greater local community—sharing info and educating people on Covid-19 resources and information. It became our new mission. Now I was available weekends, early in the morning, and late into the night. Nothing was certain. Except that we would try. And as tough as constant meetings can be, all that extra communicating meant that our schedule was consolidated and effective, and that the new changes we were making could be integrated at a moment’s notice. Our efficiency actually went up significantly.

Instead of a sprint or a long hike, marketing for our client suddenly became like an Ironman: there was biking, swimming, running, everything all at once nonstop until you hit the finish line.

After all that work now, I tend to think of “strength” and endurance in a new way. I don’t think it’s about keeping your head down and struggling. Instead, it seems to me to be about actually picking your head up and acting with deliberateness. Moving forward with confidence and having faith in the people around you.

I wouldn’t be anywhere without my team, who also showed an incredible capacity for endurance during the last few months. With no end in sight and no sense of how long it would all go on, we just struggled on with every new request, embracing each other’s ideas and communicating every hour. Exhausting, yes. But also exhilarating and almost transcendent in the sense of strength it gave us.

As a result of the work we did, our client’s social media following actually grew. A lot of people now come to our Covid-19 site for information and resources. Campaigns were so informative, so creative, positive and helpful, that we saw a lot of growth and real appreciation from local residents, people who were going through some of the hardest times of their lives.

So, as I tell people now, be like water. Embrace new things. Be open to new ways and new paths. Be deliberate and unstoppable. Through the combination of flexibility, communication, and endurance we can be a bit better at what we do and overcome even the most difficult of obstacles.

Sign up for the TopRight blog! Then go ahead and visit me on LinkedIn. If you like, follow TopRight CEO Dave Sutton @toprightpartner on Twitter and maybe grab a copy of his new book Marketing, Interrupted.