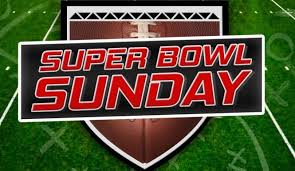 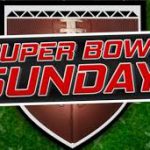 While fans in New England and the great Northwest are cheering their teams on this Sunday, marketing fans everywhere will be watching their version of the big game, and the winner won’t be determined by points but rather by views, a lot of them. This year’s Super Bowl has the making for the highest viewership ever on TV, with an estimated 113 million people tuning in. In addition to network TV, social media giants are staging their own battle for eyeballs and engagement.

Facebook, which previously sold Super Bowl ads based on users’ profiles and demographic information is deploying an all-new real time marketing plan that will enable companies to target users as events in the game unfold. Audience clusters will be available for advertisers to pinpoint discussions and trending topics. These topics in news feeds, such as Seahawks uniforms, or Bud commercial will trigger ad serving. Facebook also plans to run videos of the Super Bowl’s biggest commercials and posts from celebrities.

While the strategy represents a first for Facebook, Twitter has been credited for laying the foundation for real-time marketing during widely attended and watched sporting events. Triggered by the famous Oreo tweet during the power outage at the 2013 Super bowl: “Power out? No problem. You can still dunk in the dark,” more than half of the advertisers in the Super bowl now have brand activation rooms (aka: war rooms) set up to respond immediately to events that have the potential to go viral. On Sunday Twitter will be working directly with 13 advertisers, including PepsiCo and Anheuser Busch, to create “unplanned” ads, complete with lawyers on hand to approve the spots.

More people now prefer to be on some kind of social media while watching a live television event, and that’s not a new thing. According to the 2014 Nielsen Digital Consumer Report, 84 percent of US smartphone and tablet owners today watch television with a second screen in hand. Facebook claims 85 percent of those people are on its site.

The Super Bowl is not the first time Facebook and Twitter have battled it out for user attention. During the World Cup last year, both social networks announced impressive engagement statistics around the event. Facebook said it saw 3 billion interactions, including likes, comments and posts, from 350 million users throughout the event. By comparison, Twitter announced that its users shared 672 million tweets related to the World Cup throughout the tournament. And while those numbers may make it seem that Facebook was the clear winner, it’s not really a fair comparison given Facebook’s massive user base—about five times that of Twitter.

So who’s your pick for the big game – Facebook or Twitter? Maybe next year Vegas will have a prop bet for social media engagement. Enjoy the game and Stay #TopRight.