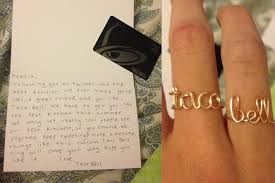 Taco Bell is betting that eight one-of-a-kind rings it sent to social media-savvy Taco Bell lovers will generate the kind of online chatter that makes people want to eat at its restaurants.The nation’s largest Mexican fast-food chain, known for clever social media, sent glitzy, unique rings engraved with special Taco Bell script to eight young female quasi-celebrities. They’re semi-famous because they like to tweet and post photos on Instagram about all things Taco Bell.
Drawing from outcries of their online fan community to be in a “committed relationship” with Taco Bell and leveraging the theme from the popular Beyoncé Knowles song, Put a Ring on It, Taco Bell is hyping the conversation with it’s core 18-to-34-year-old audience. Taco Bell has 10.1 million Facebook fans, 500,000 Twitter followers and about 100,000 Instagram followers. On those social-media platforms, fans are asking Taco Bell for the rings — and more! “The way we approach social media is that every day is a new opportunity to engage with our fans,” says Tressie Lieberman, director of digital marketing at Taco Bell.

In today’s market, people are increasingly making purchasing decisions based on social media content. Taco Bell certainly has taken note that brands who create social media experiences have consumers who spend more time on that brand’s website. Integrating social media into marketing efforts, not only increases engagement but expands reach to new audiences and channels while also increasing the level of trust and positive perception by the consumer.

What do you think about Taco Bell’s latest thank you gesture? Wacky or way cool? As always stay #topright. 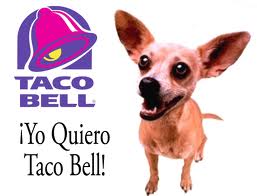