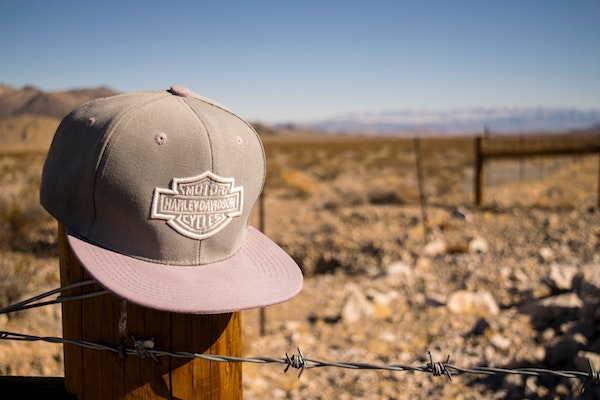 Apparently, our Tweeter-in-Chief has returned to the fold as a supporter of one of America’s greatest brands—a company he’s criticized over the past year because of decisions made to move some of their manufacturing oversees—the one, the only, Harley-Davidson.

What’s significant about this? Well, only one year ago Trump aimed one of his Twitter-tantrums at Harley-Davidson, last summer predicting that there would be lasting damage to their brand as the company announced plans to move some production overseas. Ironically—or logically?—they did this to counter the damage from Trump’s own tariff/trade war with the EU. Yet, according to the WSJ, “after Harley reported a first-quarter plunge in profits yesterday, he (Trump) promised to punish the EU: ‘We will Reciprocate!’ Some pointed out that the EU only imposed tariffs in retaliation for U.S. tariffs in the first place, but still.”

All of this begs the question of what role brands have in politics and policy, and what role politics have or should have in how companies make brand and operating decisions.

Harley-Davidson is an iconic American brand built on the experience and story it represents to customers who for the most part are fanatically loyal. The Harley experience is the lifestyle of the open road, freedom, even edginess and rebellion, often wrapped in the American flag. This is what the brand has represented for decades. Can anyone imagine a Harley-Davidson loyalist deciding that because of a Trump tweet they would go buy a Kawasaki instead? The Harley brand, their story, their “Why,” is what connects them to their customers. They want that brand and all it represents to be part of their own life, of their own brand and their own shared experiences.

So Harley-Davidson did what most company’s do now: they ignored Trump’s tantrums. They made the operational decisions they needed to make, and they kept building their brand loyalty based on their shared story and the experience of what it means to be a Harley rider. And surprise, surprise, the president is now defending them and taking aim at the EU instead.

The WSJ article makes the point that this is another sign of the growing indifference to the president’s Twitter tirades. “Two years ago, some of America’s largest corporations were tearing up their business plans to accommodate President Trump, fearful that he could send their shareholders and customers fleeing with a tweet. Now they have a new strategy: Ignore him.”

There is a lot of noise in the media and the marketplace in our current climate, with some political leaders taking aim at brands or companies they disagree with, or with brands deciding to make political statements on their own. Sometimes this has an immediate effect on those businesses, either positive or negative.

So as a brand strategist and brand steward for your company, how does one decide whether to wade into this quagmire?

Patagonia, for example, aggressively campaigns on climate change and green policy issues. The company decided that it does not want its sleeveless vest to be the branded business casual Wall Street uniform. They, therefore, are restricting sales of customized company logo embroidered vests to “mission-driven companies that prioritize the planet.”

And Nike pointedly thumbed its nose at Trump’s running criticism of NFL players and owners by featuring Colin Kaepernick in its ‘Just Do It’ anniversary campaign right on the heels of the NFL kneeling controversy. The quarter after the Kaepernick “Believe in Something” ads aired, Nike revenues hit record numbers.

Dick’s Sporting Goods made the decision to discontinue any sales of assault rifles and raise the gun-buying age to 21 in a direct repudiation of NRA lobbying efforts. CEO Ed Stack flatly stated in the WSJ that “I don’t really care what the financial implication is.” In fact, Dick’s sales in the following quarter did go down, though it’s not clear how much of that is related to their change in gun sales policies. Dick’s is sticking with its decision.

So, when is it a good idea to use the megaphone of your brand to wade into a political fight, or openly defy cultural expectations?

At a minimum, you should follow three basic guidelines:

In today’s toxic environment, it is not easy and it is definitely not risk-free for a brand to take a stand. I would argue, however, that there are times when doing so actually helps prove who you really are as a brand. That authenticity and consistency are what will last for your company and your customers over time.

If you want to learn more about authenticity, the 3S methodology, and the transformational power of having a powerful brand story, follow us on Twitter @bill_fasig or @TopRightPartner, subscribe to the TopRight blog, connect with TopRight CEO Dave Sutton on LinkedIn, or buy a copy of his book, Marketing, Interrupted.