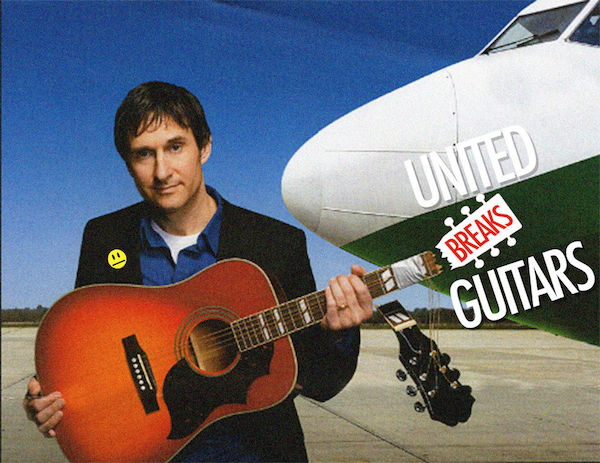 This blog’s title is not an overstatement. Like the over 10 million other people who know the story I am retelling below, I feel a little sweet revenge for the ‘little guy’ consumer.

In my particular case, my projected feelings are toward Fed Ex, who lost and destroyed my insured packages and then refused to pay the thousands they owed me. YouTube did exist back when this happened to me, but I never had the musical talent to pull off what musician Dave Carroll did anyway.

“United apparently damaged his treasured Taylor guitar ($3,500) during a flight. Dave spent over 9 months trying to get United to pay for damages caused by baggage handlers to his custom guitar. During his final exchange with the United Customer Relations Manager, he stated that he was left with no choice other than to create a music video for YouTube exposing their lack of cooperation. The manager responded: “Good luck with that one, pal.”

So he posted a retaliatory video on YouTube. The video has since received over 6.4 million hits. United Airlines contacted the musician to attempt settlement in exchange for pulling the video. Naturally, his response was: “Good luck with that one, pal”.

Taylor Guitars sent the musician 2 new custom guitars in appreciation for the product recognition from the video that has lead to a sharp increase in orders.”

Let’s turn this into a learning moment for organizations. None of our actions can be concealed anymore. Not really. Reputation matters. Fight the good fight, do the right thing, and tell your story.

Because upset customers are now more armed and dangerous than ever—especially the ones who can sing.

If you’d like to learn more about word of mouth marketing, the 3S methodology, and the transformational power of brand story, follow us on twitter @TopRightPartner, subscribe to the TopRight blog, or connect with TopRight CEO Dave Sutton on LinkedIn.