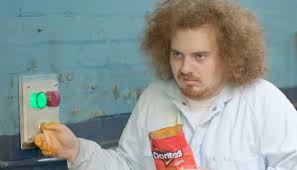 On Feb. 2, most of America will seat itself in front of the television to watch Super Bowl XLVIII. For football fans, the Big Game promises plenty of excitement, as a new champion will be crowned in the NFL. For everybody else, though… it’s the commercials. From the some of the best football cleats to the hottest cars, you might say Super Bowl advertising is to consumer goods as Black Friday is to retailers. With game ticket sales already reaching record prices, this year’s Super Bowl will no doubt attract an extra-large viewing audience. And all the better for PepsiCo’s Doritos brand, which plans to grab attention with another installment of its Crash the Super Bowl commercial contest.

Doritos, which upped the stakes this year with by making the contest global, will unveil the winner of its fan-made commercial contest during the game by airing the spot. Each year, two are played during the big game. Doritos picks one winner, and fans’ votes pick another. The ad with the most votes gets the $1 million cash prize. Five finalists’ commercials have been posted on Doritos.com for voting. Submissions came in from 30 countries, but four of the finalists are from the US, while the fifth finger-licking-good (ewwww!) entry is from Australia. View all the Crash The Super Bowl commercials now and vote for the best!

Here’s to hoping your team wins the big game and your ad choice wins the jackpot.  Let us know your favorite and as always stay #TopRight.