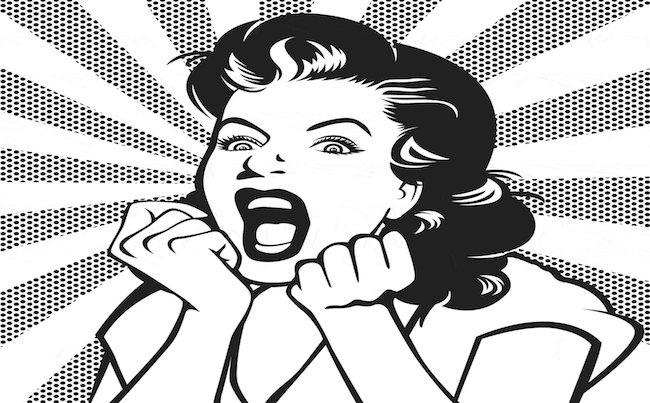 If millennials are about any one thing alone, it’s authenticity. And can we blame them? For decades now, American culture and the marketing industry have been blasting out messages of boundless materialistic rewards, exaggerated personal self-regard, phony or meaningless branding, and a whole range of promises that were, for many, ultimately broken. And in 2016 what did we get for all that sound and fury? Donald Trump.

Yes, I just linked bad marketing to problematic politics writ large. But hear me out.

Since the youth market—which all brands, including politicians, are presently chasing—really does care more about story and authenticity, a new set of questions must come to be asked. How do we bring authenticity back into a commercial and/or political space that is now besieged by so much silly noise, not to mention the constant disruptions of pop-up ads and newfangled yet seemingly inescapable phenomena like Trump twitter tantrums?

How do marketers of real products, real ideas, and real people cut through the ocean of “fake news” to reach a group that values realness, authenticity?

Since a strong argument can be made for both the “authenticity” and the “fakeness” of the current occupant of the White House, let’s take this idea and use it to examine the major Democratic candidate for 2020—Joe Biden—and see how he measures up. (I realize that Elizabeth Warren is experiencing a surge as I write this, and who knows what collateral damage he will suffer from Trump’s Ukraine-gate, but no one so far has actually displaced Biden’s primacy as of yet).

Authentic storytelling is a critical part of the go-to-market strategy for promoting candidates. Given former Vice President Joe Biden’s name recognition and decades of public life, he’s something like a much-loved consumer product. The Biden brand, like Coca-Cola or McDonalds, is widely known and will always elicit a specific set of responses. In Biden’s case, the response often has to do with respect, even admiration, and that he brings to mind the more peaceful days and, by comparison, the ethics and substance of Barack Obama’s presidency.

Biden campaign planners are pretty skilled at connecting voters to these emotions of nostalgia, wistfulness, and admiration. After all, a brand strategy for a candidate is not an exercise in whitewashing. Nor it should not be. The proposition must be authentic and tied to the actual experience that voters have with the candidate.

And kids these days—they don’t have much patience for the old baloney. They don’t care about status symbols, necessarily, or bright shiny objects. They want to hear your story and be convinced by it. And they’re only going to be convinced by it if, ahem, it’s really convincing. That means their experience and your story must align. Burger King will never be an artisanal organic burger joint, for instance, it’s just going to be Burger King. Particularly in our historical moment authenticity about what you are—and what you are not—will always prevail.

And Biden? Well, he has plenty of things he is and is not, as well as very strong attributes married to plenty of flaws. In fact, the flaws are becoming more apparent in both his clashes with his fellow Democratic candidates and, of course, under the often fact-free but unrelenting barrage of the Trump media machine. His team knows this, and they know the mountain that they must climb for Biden is high and, if anything, only getting higher.

Yet, at the same time, there’s plenty of room for a skilled politician to transform or “refine” his policy positions to keep current with voter sentiment. We see this play out badly with consumer brands that try to transform themselves into something they’re not. McDonald’s, for example, for years added trend-inspired menu items that only confused consumers. All that stuff, in the end, did nothing because the underlying story—the central cheap-burger-and-fries-on-the-go proposition—never changed. Nor was it ever possible to change it, it was too entrenched in the American psyche.

But if the essence of a brand—why you do what you do—shouldn’t ever waver, and if the same holds true for “political brands,” then what can good-ole-boy Biden do?

The only way to really get it right—whether your product is a bar of soap or a politician—is not to flip your story like a pancake and become something entirely different, but to build on the specific values that are already authentic to your brand story while momentarily setting the others aside. This is the value of the Coke brand, for instance: in hard times, when a wave of anti-sugar sentiment arises, as it often does, the brand can rely on the nostalgic side of their story as an original American legacy brand. When things change, they lose that and go back to being tasty and refreshing. Both stories are true, and they make wise use of that duality.

In conclusion, the only way a Biden is going to start attracting a youth vote is by building credentials with ruthless consistency in the areas that already appeal to millennials. He won’t get anywhere with new voters by promoting himself as reliable working-class Joe or Barack Obama’s old buddy. He’s rated extremely highly by healthcare organizations, public education groups, and progressive taxation groups, and these being the areas that interest millennials most, he should start working that angle.

But does Biden really care about these issues in the sense that they are core for him? It sure seems like he used to. Yet the stated focus of his 2019 campaign when it launched was the notion that the Democratic party is actually much older and more centrist than it’s believed to be, and they began casting Biden as precisely that: more centrist, more reliable, more committed to public service, and more anti-Trump. I would suggest, though, that what Biden needs to avoid is portraying himself as all things to all people (who hate Trump). That’s not enough. I would suggest there’s an intrinsic value and opportunity in engaging differently, by going deeper on the actual issues that all voters care about. He should focus on the authenticity, innovation, and a ‘progressiveness that works’ approach to the millennials who want something different in an authentic candidate who has real personality (notice the number of millennials at Bernie Sanders rallies).

Doing this, he may be able to still cut through a sea of fake news nonsense and really make contact with the authentic story that would take him to the White House. Will this work? Can this approach to his brand overcome the conundrum of our current political moment? Time will tell.

Do you disagree? Feel free to connect with me on LinkedIn, follow me on Twitter @bill_fasig, or if you want to go deep on transformative branding, grab a copy of CEO Dave Sutton’s new book, Marketing, Interrupted.