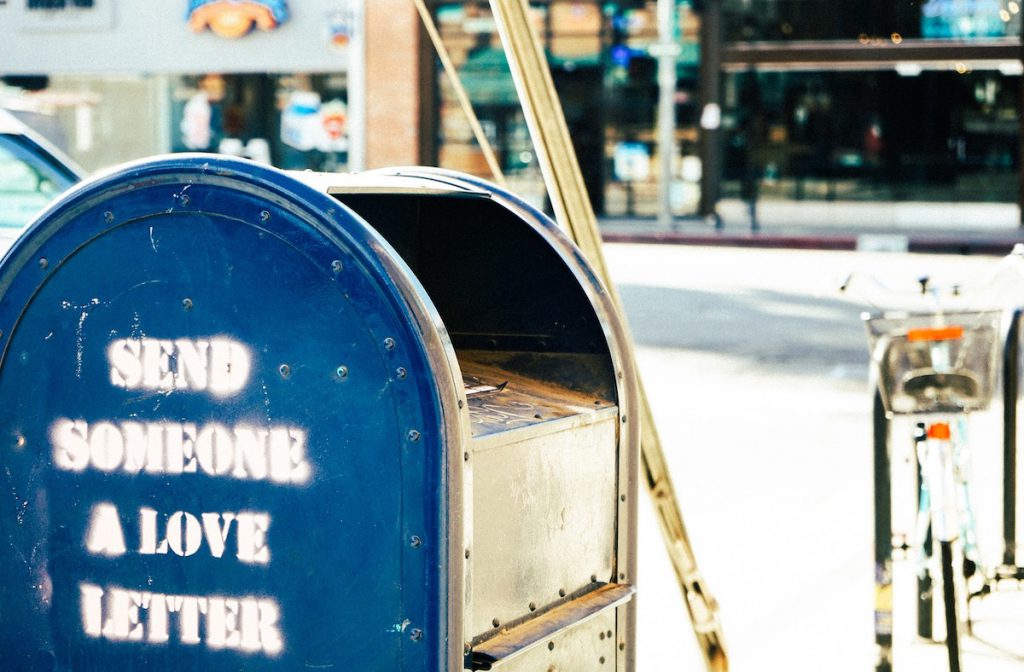 Are you trying to think outside the social media or digital advertising box lately? I have news for you. Year after year, direct mail works better.

It should really be no surprise in today’s hyper-digitized market that receiving a piece of actual paper mail—a handwritten letter, a flyer, a postcard—is now as uncommon, meaningful, and as memorable as getting an e-mail was back in 1992.

And people respond to it. That was the idea, anyway, when campaign teams in the recent midterm elections decided to use leftover election funds to fill out thousands and thousands of handwritten postcards. And the tactic worked!

Fifteen years ago or so, when the internet really began to expand its reach, many dire predictions were made about “old school” marketing. They said storefronts would vanish, paper product industries would disappear, and direct “snail mail” marketing would be irrelevant in a sleek, new digital age.

But things just didn’t turn out that way. We live now in a kind of hybrid world now—where “both/and” is always better than “either/or.” Here are a few things I’ve learned that prove that direct mail still matters and will (and should!) always be part of your marketing equation.

Marketing is about what works. And direct mail has been working for a long time. I realize that fads and new technologies always have the allure, but be careful not to trash old tactics just because they’re old. We once thought that storefronts would vanish from the earth completely—we really, really did—yet in a hard reversal Amazon is now opening physical locations. Why? Because strong, in-person service and sales still work. Old and out-of-date fashions—just like high-waist jeans or the mustache—come back around again. And if people like it, that’s all that matters. So stop keeping up only with what’s new. Be smarter than that: keep what works and ditch what doesn’t. As it happens, direct mail works!

More and more online companies are using direct mail marketing. Winc, Casper, Blink, Harry’s, Upwork are just a few of those included in giant Valpaks filled with coupons. In addition, many of these once-feisty startups now send newsletters, brand promotions, personalized letters, and much more in the mail. The trend of previously digital-only companies doing things like direct mail has increased hugely over the years.

The Data and Marketing Association reports that print mail campaigns cost significantly less on average than email or search engine ads. And while DMA reports a 3.4% response rate to direct mail, other sources put it higher at 5.1%, with email at 0.6% and social media advertising at 0.4%. Numbers don’t lie, and new ones come out all the time, so if you’re ever in doubt just look it up.

A lot of research shows that people over fifty have a good-sized preference for mailers and newsletters. The question of whether generations actually matter has been asked on this blog before, and Forbes recently reported the extent to which younger people seem to like mailers as much as their parents and grandparents. Additionally, a report from Ritter’s tells us that half of all people of any age group are more attentive to direct mail than other ads.

Smart social media campaigns can do a lot, and they only get more powerful when combined with direct mail. There are strategies like IP targeting for locating the mailing addresses associated with certain IPs, and introducing consumers online before hitting them with a piece of direct mail is an excellent way to be aggressive and reiterative. Boost your chances of catching the right consumers on their customer buyway with dirct mail and you’ll increase your ROI over time far better than with digital alone.

Learn much more about digital campaigns, direct mail, strategy, tactics old and new, and the customer buyway in Dave Sutton’s book, Marketing, Interrupted. And come back and see us again soon, or subscribe to our blog for weekly updates and tips!