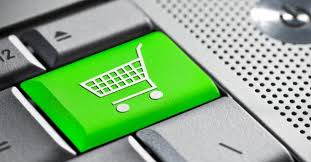 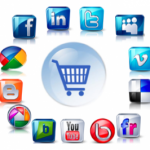 Social commerce has been the latest buzzword over the last few months but you’re still having a hard time believing that it’s a real and thriving industry? A recent report from Invesp just might change your mind. “Mobile shoppers who read product reviews on social media channels show a higher conversion rate – as much as 133% higher,” the report reads. “On a grand scale, this conversion represents billions of dollars of business worldwide.”

Social commerce is all about inspiration and product. As an early adopter of social commerce, Nordstrom started using Pinterest as a way to inspire customers and tell a visual trend story. They added the Pin It button to their website so customers could easily collect their favorite items, spreading Nordstrom Pins virally. Further catching on to the fact that Pinterest is a fabulous social network for retail curation and user wishlists, Nordstrom started highlighting items that were popular on Pinterest with a “Popular on Pinterest” tag on the physical item in stores. Launched as a pilot activity in January 2013, the experiment has been so successful that today every Nordstrom outlet across the US showcases its most popular items on Pinterest with a ‘Top Pinned’ section inside physical stores.

Social based mass media campaigns for most brands is equivalent to posting their TV commercials on Facebook and YouTube. Smart multi-channel campaigns make every channel an integral part of every user experience. The core campaign idea does not belong to just one platform. Instead each platform works as a key piece in the overall puzzle, thus making every platform contribute to the company’s bottom line in equal measure.

Coke started the first step of its social based mass media campaign, Share A Coke, with product personalization. For the first time in history, 250 of the most popular first names in each country were shortlisted and printed on the iconic red and white Coke labels, instead of the Coke logo. Coke then used mass media channels like television, outdoors and radio to communicate to users that their favorite drink just might have their name on it. Each bottle also carried a hashtag #ShareACoke to remind users to post pictures of their personalized Coke bottles on social media using the hashtag. Images of Coke bottles shared on Instagram, Twitter and Facebook with the #ShareACoke hashtag were then plastered across digital billboards, across the country. The results? Millions of pictures posted on social media, thousands of virtual Coke cans shared online, nearly three times as many Coke bottles sold in the UK as compared to Pepsi during the campaign period! 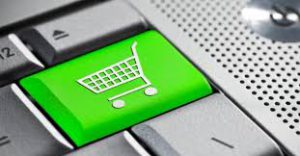 Let us know how you see s-commerce evolving and as always stay #TopRight.