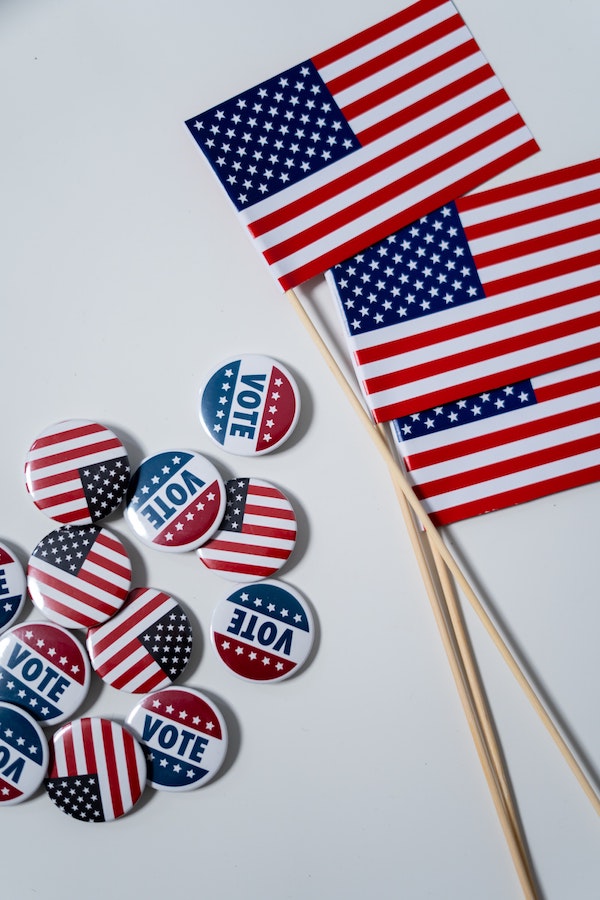 Ten years ago, I wrote an article on elections and marketing. Given the unusual set of circumstances accompanying this year’s presidential election, I thought I would revisit this idea.

So, does marketing still have an impact on who wins, even with a global pandemic and the rise of out-of-control adversarial partisanship?

Well, yes it does. More than ever, in fact.

We can’t forget that in 2016, Trump was gifted nearly $5 billion in earned media by the mainstream media. He was a new phenomenon in politics—not to mention a natural ratings-driving machine—and the mainstream press fell over themselves to catch his every word. This had a major impact, obviously, on his populist identity and impactful presence in the market. His brand image was new, bold, no-nonsense, tough, and unique.

Whether his campaign paid for all that TV coverage or not is immaterial, it was effectively the cornerstone of his marketing strategy by the time election day came around.

Then there was Hillary Clinton. Her TV interviews were less frequent and more forgettable. Her marketing strategy was celebrated in some corners: they thought the campaign’s choice to call her “Hillary” was a good one. They thought the slogan “I’m With Her” was pure gold. It didn’t matter though, polls were in her favor. Her brand was sophisticated, qualified, principled, and familiar.

Then, she made a choice to avoid marketing herself in certain rust belt states—states like Wisconsin and Michigan which later flipped for Trump in the electoral college and turned the tide in his favor.

All of these are strategic marketing choices, like it or not. To sell a new product or win an election, you’ve got to show your face and present a simple, clear, and compelling story. In 2016, Trump did that—but Clinton fell short as a candidate.

Now, anyone can debate the wisdom of some of these decisions, and my goal today is not to critique Clinton or applaud Trump—it’s to point out that not only does marketing still matter, but that it’s literally going to decide our future for us just like it did in 2016. After all, had there been just a few different choices by the Clinton campaign, the Trump campaign, or the national mainstream media, outcomes would have been entirely different in the last election.

Related to this, a recent piece from the New York Times points out something that I feel is particularly ominous for Trump: Biden is outspending him in swing states. Plus, since the networks were chastised so heavily for giving Trump all that free media in 2016, they’ve been less eager this time around to do the same. This has forced him to spend his time mainly on conservative programs—but talking to your already-devoted followers doesn’t earn you many new voters!

Plus, mainstream NBC News was recently slammed for daring to give Trump a Town Hall that competed directly for airtime with Biden’s Town Hall with George Stephanopoulus.

Biden’s campaign slogan—“Build Back Better”—is not great, yet it’s better (in my opinion) than Hillary’s was in 2016. Trump has been using his MAGA slogan effectively, but once again he’s playing mainly to his base. No one is discovering and falling in love with Making America Great Again in 2020—it’s lost much of it’s luster.

Let’s face it, love him or hate him, the incumbent President doesn’t have much that is new or notable in his brand image. We all know what he stands for and we’re abundantly familiar with all of his faults and foibles. That doesn’t mean he will lose—it just means that his campaign needs to work that much harder to give more people a reason to vote for him.

Why? Because, above all, great marketing will always expand your audience. The more media attention a candidate can garner and the more people he engages, the sharper and clearer the brand story, the more likely that candidate will win. There was a good reason, after all, why the Obama campaign won a bunch of marketing awards back in 2009.

So, early voting has already started in many states and Election Day is just a few weeks away, November 3rd (Go Vote!). There still may be an “October Surprise” or two, so I’m not making any predictions as to who will be victorious. What I do know is that there is good marketing and bad marketing, and that the good stuff grows your audience and gives them a reason to listen, a reason to care, a reason to engage—and a reason to vote! Whoever has the better strategic marketing playbook to connect authentically with the undecided voter will win next month. Sounds kind of simplistic—but in the end it’s really that basic.

Please register for tomorrow’s webinar here. Then subscribe to the TopRight blog, or connect with me on Twitter and on LinkedIn. If you’re still on a quest for more marketing insight, pick up copies of our latest books: Strategic Analytics and Marketing, Interrupted.