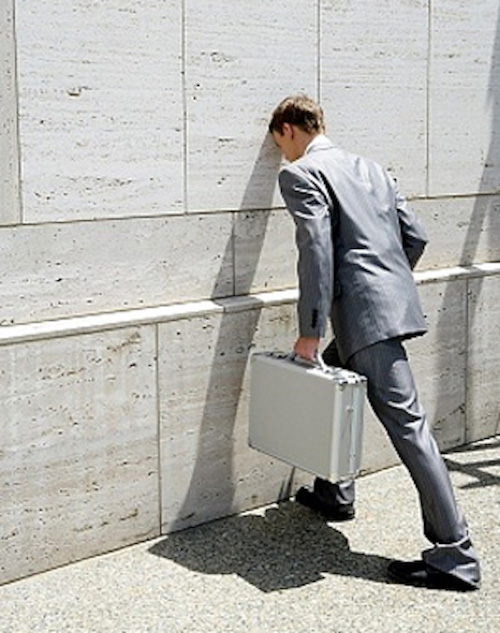 “No one ever went broke underestimating the intelligence of the American public.” As this rather cynical and oft-cited quote from H.L. Mencken (usually misattributed to P.T. Barnum) suggests, we Americans can sometimes be considered, well, not always the deepest thinkers. Whether or not it’s true—despite our apparent love for reality television, we did cure polio and invent the internet—it matters a whole heck of a lot what your impression of this notion is.

In other words, do you privately believe that your consumers are a little (or very) stupid? Be honest with yourself. Do you?

Well, if so, that’s a problem. Especially if you’ve taken my marketing advice and insisted on being authentic in your branding. If you’re authentic, but something about your worldview is distasteful, what should you do? Can you be successfully authentic while hiding something big like that? Hm.

Well, the short answer is No. But what you can do is combat this predilection with just a little bit of research.

Background: Stupid Is as Stupid Does

Now, according to a lot of research, it is true that Americans score unacceptably low when compared to other nations in a whole range of scholastic, IQ, and basic skills tests. But a major study done just a few years ago offers some very interesting and counterintuitive specifics.

Plus, whether an American participant scored well had everything do with background and education level. Those without access to quality education didn’t do well on tests (go figure). And get this: although American young people fall behind in every discipline (reading, math, and technology), our middle-career folks are actually right in the global average, and our 55-to-65 year olds actually outperformed those of the same age in other countries.

So, just as with anything else in life, the story is complicated. The USA seems to have a lot of young kids without adequate access to the kind of quality education that perhaps earlier generations of Americans had, or as measured against other high-performing countries. If you’re marketing textbooks to teens, this might be something you’ll be forced to take into consideration. But if you’re selling ocean cruises and V-neck sweaters, you’ll want to keep in mind that you’re confronting the most intelligent near-retirement-age population on earth.

But Do Brains Matter?

I’d like to suggest something that hopefully most of you already know: it’s never hard to treat everyone you come across with respect and dignity, whether you feel they have a certain IQ or level of intellectual sophistication or not. And I’ll add one more idea: it’s notoriously difficult to actually assess intelligence level and try to create tiered marketing messages accordingly.

About that IQ test everyone says is so important: there’s been a lot of talk, from actual scientists, in the last decade or so about how inadequate it is. Some say it’s an outright fraud, while others say it only assesses a certain kind of intelligence. Perhaps we should be relieved, since the American average IQ ranking is not all that impressive (though nor is it the worst in the world either—again, it’s average). It may help if we consider intelligence in a different way.

In my experience, people who may not strike you as the sharpest intellects at first can often surprise you with a high level of skill or knowledge in a very specific area. Anyone under 21, for instance, whether they finished high school or not, very likely knows more than I do about computers despite the fact that I spent a good chunk of my career in marketing in that industry. And let me give you a brain teaser: is a master carpenter without a high school diploma more or less intelligent than a below-average grad student at Oxford? The real answer to that question is that it’s not really relevant. As Emerson once wrote: “Every man is my superior in some way, and in that I learn from him.”

So What Then About Authenticity, Etc.?

So here’s the point: marketing and business communications aren’t just rooted in authenticity, but in whether consumers feel they can really trust you. If they feel disrespected or insulted by your advertisements, it is not your right to feign surprise when it all goes bad. It means you have work to do.

So forget about consumer IQ altogether and instead, in this age of hi-tech global communication, air on the side of assuming consumers are always wiser and more sophisticated than you think they are. All it takes to lose your audience is to let it slip that you don’t respect their intelligence, perspective, and beliefs, and that will have a permanent impact on your brand that you will regret for a long time.

So are American consumers dimwitted? I would argue that you would have to be pretty dimwitted and condescending yourself to even worry about the issue. If you want someone to connect with you, show them you respect and value them first.

Sign up for the TopRight blog! Feel free to connect with me on LinkedIn and follow me on Twitter @bill_fasig. And if you want to go deep on transformative branding, grab a copy of Dave Sutton’s new book, Marketing, Interrupted.