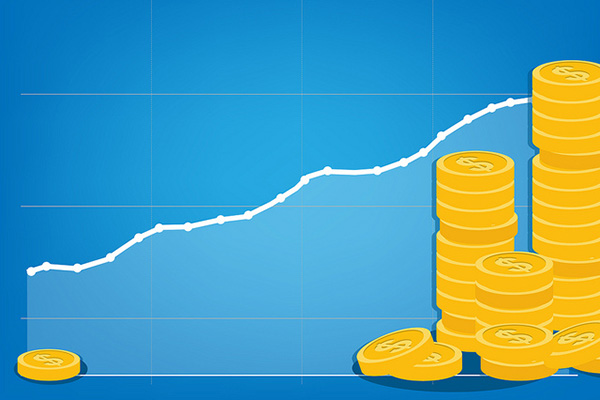 Personalized messaging, larger audience reach, and more measurable return on investment make digital advertising an attractive alternative to TV ad spend. In fact, eMarketer reported in late 2016 that US digital ad spend was estimated to be higher than TV for the first time in history—a shift that happened faster than expected and was largely driven by audience behavior. 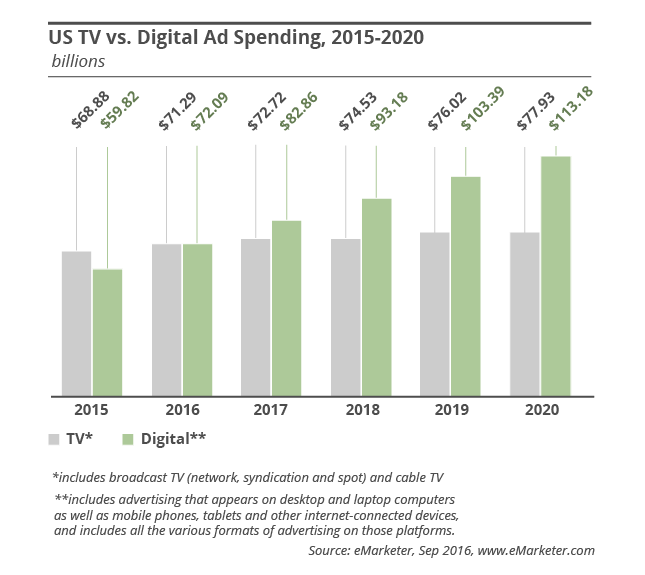 “Digital is becoming the dominant player in terms of advertising dollars spent, which indicates a significant change in how we consume content.” — Forbes

The strong performance of the digital ad is driven by the big investments in display and search. Facebook was the king of display spending, with 34.5% of the spending in the US, followed by Google with a 13.8% share. According to forecasts, display will continue to be the top format for digital spending through 2020, while mobile and video ad spending are expected to grow at an extraordinary pace. 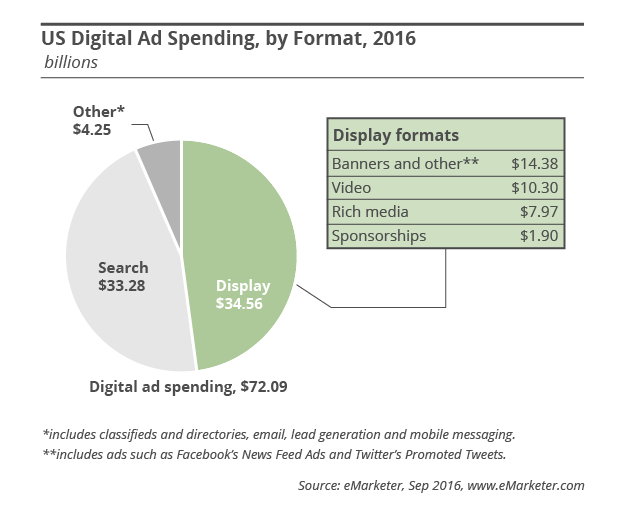 Consumers are adopting multichannel shopping behaviors, seeking an abundance of choice and assortment, and demanding consistent, yet differentiated, experiences across all channels. While traditional TV ad spend isn’t declining, thanks to event-based programming like the Olympics, SuperBowl, and Presidential election, many consumers are cutting the cord in favor of online streaming services. The simplicity, affordability, and user experience of services like Netflix and Hulu put the power into the hands of consumers.

“The age where agencies liked to be TV-led is dead.”
— Benno Dorer, CEO of Clorox Co.

Brands are investing more on digital advertising and for good reason.

Clorox has nearly doubled its investment in digital in 3 years, from 22% in 2014 to 41% in the fiscal year ending June 2016. “We’re not doing this because it’s cool, but we’re doing it because it improves ROI. We are following the money,” explains CEO Benno Dorer.

“As we have made strategic moves away from print and mass marketing to more targeted digital marketing, we have seen great results. Since 2010, our return on advertising spend has nearly doubled.”
— Ted Decker, Exec VP of Home Depot

Digital marketing has proven to be a successful way to reach out to the customers, launch targeted campaigns, personalize customer experiences, and demonstrate ROI on marketing spending. However, it is critical to understand where your audience engages and their trust level of the ads served on various platforms. According to the latest Nielsen Global Trust in advertising report, consumers still trust traditional paid advertising channels – 63% say they trust ads on TV, 60% in newspapers, and 58% in magazines.

“While digital ads can offer considerable benefits—such as precision-focused campaigns, in-flight adjustments and more creative options—moving from TV to an all-display digital plan is a bold move for any marketer. Consider a mix of both offline and online channels for the best ROI.” — Randall Beard, president, Nielsen Expanded Verticals

There’s no doubt that digital advertising is an effective way to communicate and engage with customers. The key to evolving from transactional to transformational customer experiences is an integrated marketing strategy that engages with customers across all touchpoints on the buyer’s journey. In order to generate measurable marketing ROI from ad spend, brands must tell a compelling story that provokes interest by making the audience the hero. Learn how you can craft a captivating, six-second brand Story, develop a clear Strategy, and align your Systems to maximize Marketing ROI by downloading our latest eBook Transformational Marketing: Moving to the TopRight.