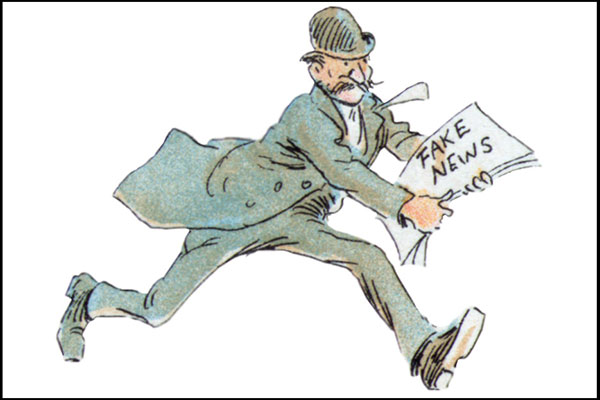 The term fake news became one of 2016’s biggest buzzwords but the concept can be traced back to the first century. Fake news is defined as deliberately misleading or false information spread through traditional or online channels with the intention to mislead for financial or political gain.

To get a better idea of the power of fake news, a Washington Post – ABC News poll revealed that 52 percent of Republicans believe the Obama administration intentionally spied on Donald Trump and his campaign. While these allegations were never backed by any evidence, a whopping 32 percent of all Americans believe these claims to be true. 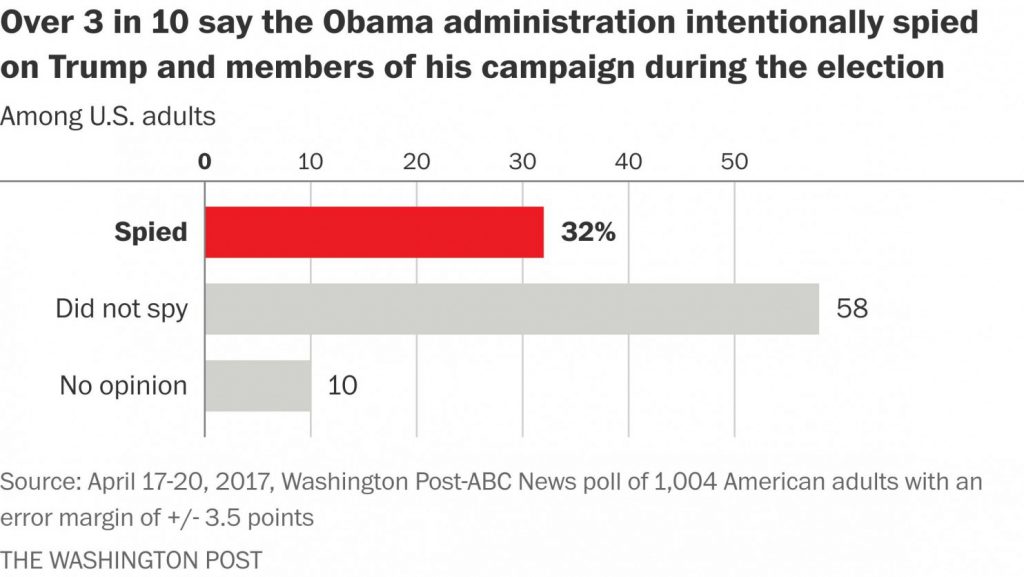 An interesting study by e-Poll looked at dozens of broadcast, cable, and online news sources to reveal the most “Credible” and “Informative” sources among members of the three political parties.

“In the world of news, Credibility is the opposite of fake.” 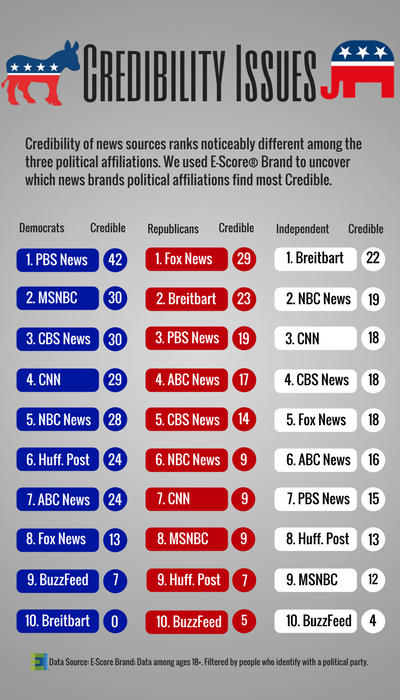 “Being Informative is another vital tool in fighting fake news. Understanding this, we wanted to see the effect on each political party’s constituency, in regards to their faith in the ability of news networks to be Informative.”  — ePoll Research 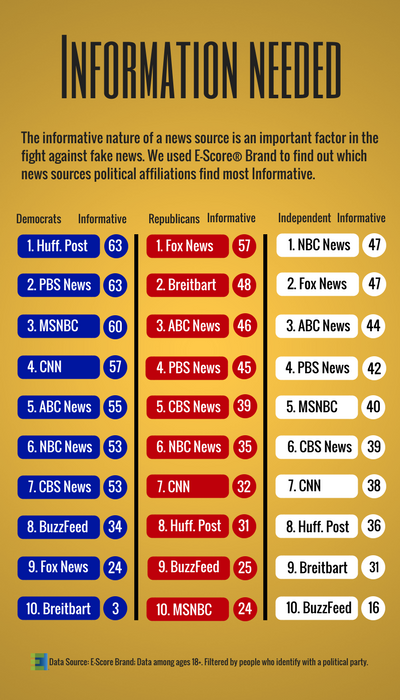 It is important to understand why fake news is perceived as fact. It’s not about the actual information that is shared; it’s all about the emotions the article is able to stir. Readers are inclined to believe because the information speaks to their core values and their point of view on the world. Fake news makes the targeted reader the hero by reinforcing preexisting world views and opinions. The supersonic speed at which fake news is distributed gives it the power of social proof, aka “if five of my friends shared this article on Facebook, it must be true.”

Marketers could learn a thing or two from fake news.

In many ways, fake news has made consumers smarter. They are more skeptical of the reliability of the information they receive, especially online. This change in behavior means that marketing to these consumers must change as well. Many corporations have shifted their marketing dollars to the digital space from other platforms, but that simply isn’t enough.

“Many marketers are different from their customers, and probably assume that customers see and trust digital ads, but that is not the case. Marketers need to get out of their digital bubbles to understand what people are really reading and viewing.” — Louis Gudema, President, revenue + associates

In fact, a recent MarketingSherpa study reveals that less than half of Americans trust any form of online advertising, with the exception being search engine ads which are trusted by 61 percent of consumers. When it comes to making a purchasing decision, 4 out of 5 Americans trust print ads in newspapers and magazines over all other forms of advertisements. 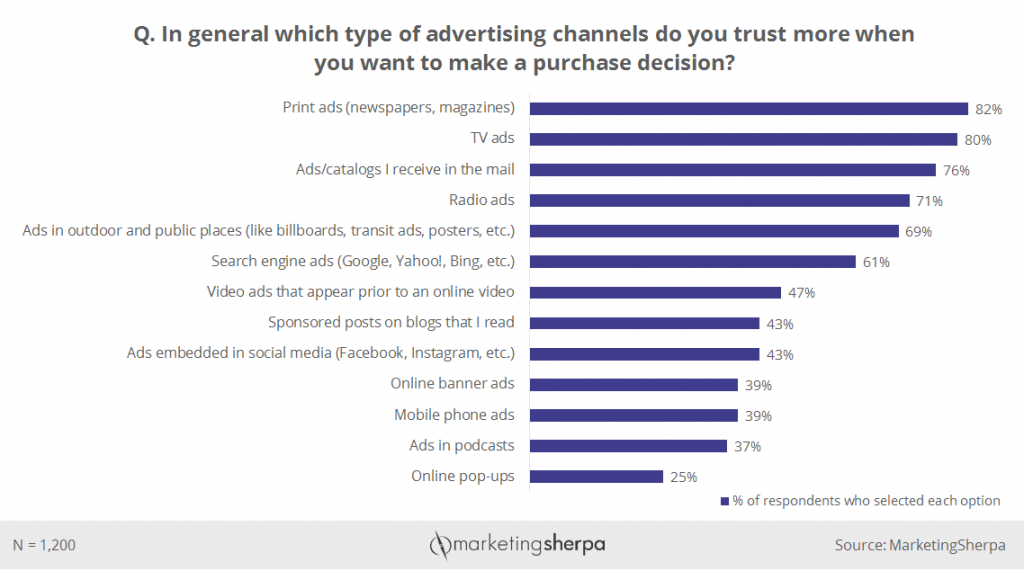 “We’re going to have more and more customized targeted experiences and more and more opportunities for interactive experiences where the consumer can actually interact with an advertiser’s content and mold it to their interest. Generally, digital technology turns products into experiences, and that increasingly is going to happen with ads.” — Andrew Heyward, Former CBS News President

It’s no longer enough to buy online ads — your advertisements must be interactive and create a unique experience for the buyer. You must stir emotion, make consumers believe in your brand’s why, and make them the hero of the story. The brands that do this successfully dominate their industries and move to the TopRight corner of the market. Learn how simplicity, clarity, and alignment of Story, Strategy, and Systems can help your brand create remarkable and profitable customer experiences. Download our latest ebook Transformational Marketing: Moving to the TopRight.