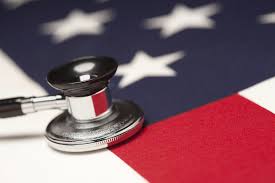 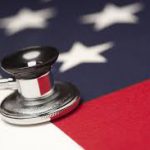 How important is authenticity in telling your story, selling your service, describing your product, advocating your policy position? I think everyone would say “Very.” What happens when we miss this mark, as we all too often do?

Tomorrow (Tuesday, December 9, 2014)  MIT professor and Obamacare architect, Jonathan Gruber, now famed for his extraordinary comments suggesting that the low level of intellectual capability and understanding of the U.S. electorate was the key to getting Obamacare passed, will be testifying tomorrow before the House Oversight Committee. It will likely not be pretty to watch. Amusing maybe in a twisted sort of way. Pretty, no.

Why all the outrage around his comments? Is he the first government official, or Ivy League academic, to question the IQ of the American voting population? Hardly. Is this the first time an extremely complex piece of legislation or policy has passed with minimal understanding about its true reach and impact? Nope. In fact, one could argue he probably was being authentic in his own views where he probably does hold everyone else in intellectual contempt. Unfortunately, that wasn’t supposed to be Obama party line, and certainly not supposed to be made public.

This is one of those rare moments in public policy, and in the “selling of ideas,” where we witness firsthand what a lack of authenticity by the architects of that idea and policy, look like.  We saw an extraordinary disdain, even contempt, for the target audience in contrast to what they were actually saying and promoting about the transparency and benefits of Obamacare for the populace at large. Gruber just brought that inauthenticity to light.

Will this ultimately lead to a roll back of Obamacare? Probably not in the short term. But it is certainly extremely damaging because authenticity and integrity are not things you quickly repair. Just look now at how fast the White House is running from Gruber. “Gruber who? He wasn’t really one of us,” goes the party line. And to prove that, Administration officials won’t even sit at the same witness table with him tomorrow.

Unfortunately when authenticity has been shown to be lacking, no matter how many times you try to say it just isn’t so, you’ve already suffered the damage. When you have to spend time saying, in effect, no, we didn’t mean it, we really are authentic, you have already lost your footing.

Business communications are no different. Your audience, be they customers, partners, employees or shareholders, care about whether you are, in fact, authentic. Do they feel they can trust you? People will listen to you, they will even buy from you, if they see you as being genuine and being authentic. If not, as is now visible in the Gruber-Obamacare debacle, it almost doesn’t matter what you say. The trust is gone. And it doesn’t come back easily.

Authenticity is an important factor in the effective Art of Storytelling.  Choose your spokespeople well, and Stay #TopRight.