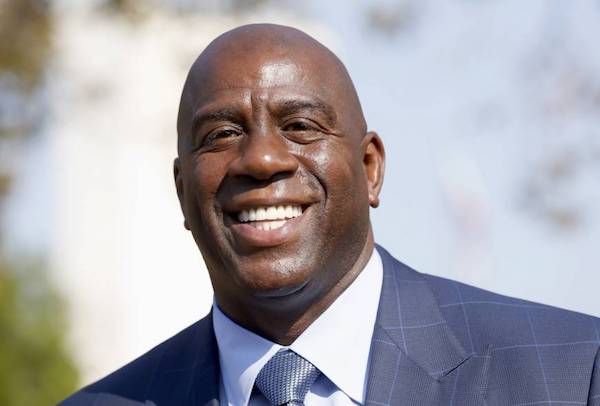 When Earvin “Magic” Johnson cold-called 20 CEOs and asked them to help him transition from the basketball court to the boardroom, he got a pretty good response. That is the power of being Magic Johnson. It’s easy to get senior level people to meet with you!

What is impressive though is the purpose and persistence that Magic has around using his star power to build businesses that help minorities—his Magic Enterprises has created millions of jobs and provided entertainment and food services to tens of millions of Americans—urban and otherwise.

Magic gave the opening keynote at the DMA14 conference this week. He posed for a lot of pictures with a signature grin and used his huge star power and physical presence to charm the crowd.

Clearly, however, this man also has a huge heart. He worked really hard to be a sports legend, and he is doing good with his fame and paying it forward in a big way. I really respect that.

He also gave us some very good business advice.

While few of us have the opportunity or brand to move mountains the way that Magic has, we all have the ability to put our talents to good use. On the court as well as in the marketplace, Magic doesn’t wait for the ball to come to him—he is purposeful and clear in his mission to help urban America.

I hope these lessons resonate for you, too, and that you can apply some of this to your own business and personal journey to Stay #TopRight.