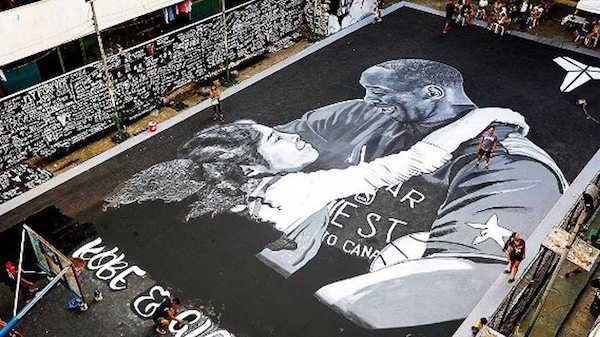 On January 26th, a helicopter crashed into the Calabasas hills in California, killing all onboard. Basketball legend Kobe Bryant, his daughter Gianna, and seven others lost their lives. They left behind families, friends, colleagues, and millions of fans who will never forget them and can never forget the impact Kobe had on them.

But as much as I admired Kobe, this isn’t a tribute piece. What I want to talk about is his impact and influence on the game of basketball and his sharp use of the power of his own brand to transform the game on a global scale. Kobe not only introduced a generation of global youth to the game, but he managed to transform how the most populous nation on earth thinks about basketball.

His first visit came in 1998, four years after the NBA had reached a deal with CCTV to run NBA games in China at a time when China’s growing middle class was on the rise. As one of the NBA’s first ambassadors in the “Middle Kingdom,” Bryant drew crowds by the tens of thousands. He used his Nike sponsorship to help turn the country into one of Nike’s largest markets, paving the way for Nike’s sponsorship of China’s state basketball league and resulting in more Kobe jerseys being sold in 2011 than even that of resident Chinese basketball legend Yao Ming.

Bryant was arguably the first superstar to recognize the importance of the Chinese market, and he showed the way for fellow superstars like LeBron James, Steph Curry, and James Harden. As a smart business mind would do, Kobe hosted basketball clinics and promotional tours and got himself officially recognized as a cultural ambassador by Liu Peng, China’s Minister of Sport. In 2009, Bryant set up a charity called the Kobe Bryant China Fund to raise money for education, cultural programs, and sports for youth across China. This venture has since raised in excess of 40 million yuan. 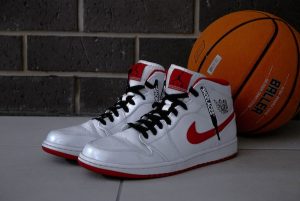 But that wasn’t all. Outside of China, Bryant’s impact and influence on the world remains undeniable. Following the playbook of fellow NBA legend Magic Johnson, Bryant successfully parlayed his success on the court into a worldwide brand. His ventures included campaigns in sports, venture capital, marketing, philanthropy, and more.

By now, the media has already moved on: you won’t see much mention of the crash that killed Kobe. Attention has shifted to coronavirus and the presidential election, among other things. Yet the story of Kobe will continue to resonate and have meaning, transcending cultures, religions, and geography, precisely because he used his epic story to build a simple, clear and aligned brand powerful enough to get entire nations on their feet. Above all, Kobe saw potential in the Chinese market when others didn’t, and he moved on it strategically and with class, and then blew it up into a global empire.

To me, Kobe was stardom. He was larger than life, and he brought hope to everyone who watched him play. When he suffered a torn Achilles—one of the most painful injuries in sports—during the Golden State Warriors game in 2013, he demonstrated what it takes to keep going in the most adverse of circumstances: he stood up and he took those free throws. It’s a moment I’ll never forget. How could you?

The world has lost one of the best. Jimmy Kimmel said in his tribute to Kobe: “There is no silver lining here. It’s all bad. It’s all sad. Heroes aren’t supposed to die like this.” I think we all felt that way. Heroes really aren’t supposed to go like that. A legend on the court, Kobe was just getting started in his second act and I think everyone knew it was going to be his best.

If there is a silver lining to be found in all this, it’s that he’s ensured beyond doubt that his story, his legend, will live on in a way few others have. And it was due to his wisdom and talent not just on the court, but in the tricky business of global branding.

So let’s raise out glasses and say: To Kobe Bryant, Minister of Basketball.

Did you dig this post? Sign up for the TopRight blog! In the meantime, if you’re interested in receiving more of my marketing insights, please connect with me on LinkedIn or buy a copy of CEO Dave Sutton’s latest book, Marketing, Interrupted.