Remember that time your dad copyrighted your name to make it part of the family brand?

No? Well, it’s just one of many father-son memories shared by LaVar and Lonzo Ball.

In Foot Locker’s Father’s Day tribute, top-ranked draft pick Lonzo Ball pokes fun at his devoted dad when he reflects on good times with pops, like when “your father goes on First Take and shouts back and forth with Stephen A. Smith about how you’re already better than the reigning league MVP.”

Or when dad tells “29 out of 30 NBA teams to not bother drafting you.”

It’s a great ad and is scheduled to air during the NBA draft. Check it out below.

While there is no doubt LaVar Ball is a devoted father, his brash branding strategies may leave one wondering if he’s a shrewd entrepreneur or a rookie business owner. I recently shared my thoughts on Big Baller Brand’s marketing tactics with Lee Bailey at EURweb.com.

“It’s tough to know if he’s the biggest idiot or incredibly smart. He seems to be playing a very aggressive game in terms of trying to build brand awareness by being an outspoken sports personality that people will gravitate towards. It certainly garners a lot of attention toward his activity. The longer term question – is he going to have the staying power of a Nike Under, Armour, or Adidas?”
— Lavar Ball: Pro or Rookie When it Comes to Business? – Branding Expert Chimes In

LaVar has not shown the patience to build a brand from the ground up. Instead, he’s built more of a celebrity brand, and celebrities come and go. The best brands, the Coca Cola’s and Apple’s of the world, stand the test of time. So, how can Big Baller Brand position itself to stand the test of time?

First, the shoe brand and Lonzo must live up to the hype. Right now, nothing is proven. Like I explained to Bill Daughtery on New York Sports and Beyond, “Unlike a Michael Jordan, a Shaq, or a superstar, the jury is out on these guys. We don’t know where Lonzo is going to end up. We don’t know whether he’s going to be a superstar or not.” Big Baller shoes are priced at $495, a price point much higher than competing brands.

The performance of the product has to be there. The truth is that LaVar and his team do not have access to the same research and technologies that Nike, Under Armour, and Adidas have. To help reduce his risk of failure, LaVar must focus on building a simple, clear, and compelling brand story in which the audience is the hero, not him. The brand story must simplify a complicated issue and tell the why, not the “what” or “how”. Here are 5 steps LaVar Ball can use to create a brand story that resonates with his audience and drives sales.

5 keys to building a brand from the ground up

In order to be successful, LaVar’s six-second brand story needs to have a real purpose—and steer away from the often too personal side of his message. Take Under Armour for example. The brand stands for relentlessly overcoming obstacles and becoming winners on the field. The brand essence revolves around being the underdog, being hungry, competing against the best – and winning. Its tagline “I will” captures this passion, intensity, and drive. It’s got a universal appeal. It’s not based on the purpose of one individual or one superstar in the sports world. 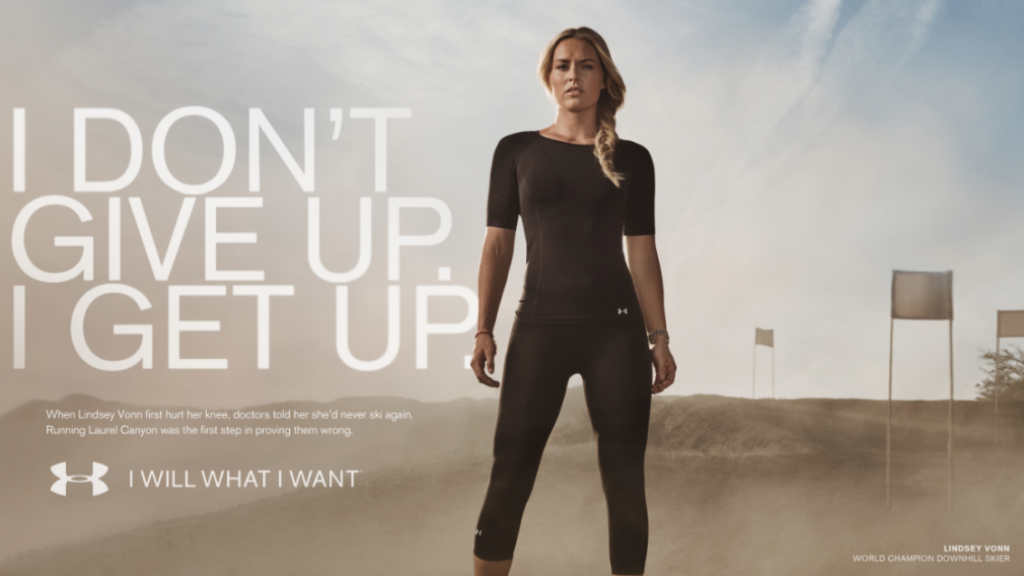 2. Start with the mind of you target customer

The right story doesn’t focus on what you do or the products you sell, but why you do what you do and why this matters to your customer. Your brand story must be simple, clear, and aligned with your audience’s needs and wants. It must resonate with your audience in such a way that he or she wants to be a part of your brand story. There has been speculation that LaVar’s heavy involvement with his son’s career could affect a team’s decision to draft him.

3. Simplify and issue or problem that people can relate to – your “signature”

Kevin Planck, founder of Under Armour and the “sweatiest guy on the football field”, was frustrated by sweat-soaked cotton shirts and began searching for a material that would wick the sweat from his body. Several years later, Under Armour was born. 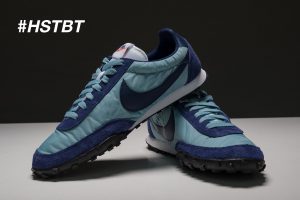 After years of coaching athletes, Bill Bowerman saw the need for a lightweight training shoe. Using his wife’s waffle iron, he created a new sole for footwear that would grip but be lightweight. This design resulted in the founding of Nike and the one of their best selling shoes, the Waffle Trainer. These entrepreneurs understood the problem before creating a solution. What problem does Big Baller Brand simplify or solve?

4. Stir emotion in the audience

Give people a reason to care, a reason to pick you, and a reason to stay. People don’t buy from making logical, rational buying decisions. They make emotional decisions and then justify those decisions by rationalizing them with facts. There is a huge difference between whether your audience views your story as just another transactional relationship or a story that emotionally connects with them. LaVar is stirring emotions through his controversial, outlandish statements. And while controversy might result in initial sales, it isn’t sustainable, especially with a price point of $495.

5. Make the customer the hero of the story

Compelling stories resonate when the audience can put themselves at the center of the story. When the brand goal becomes participation rather than control, the hero is more likely to let you into their world. The hero of Big Baller Brand’s story is LaVar Ball. Everything is focused on his personal accomplishments, accomplishments of his children, and his credentials — it’s what I would call an affiliation branding strategy. Remember the fantastic ‘be like Mike’ campaign for Gatorade? Michael Jordan had about a decade worth of performance under his belt before that claim was made. Building your brand on ‘You want to be like Lonzo and LaVar’ is fine if they are successful. But what if the Big Baller Brand shoes flop? Or the Lakers draft someone else?

Because he has built the brand story around the success of his sons, LaVar has put himself in a risky position. If Lonzo isn’t drafted in the top 10 or he turns out to be a one-and-done rookie, the brand story falls apart. Moreover, he has hyped the quality of Big Baller Brand shoes but has no track record nor the experience of established shoe designers. In order to reduce risk, Big Baller Brand must bring simplicity, clarity, and alignment to the 3S’s — brand story, strategy, and systems. Learn more about LaVar Ball’s brash branding strategy and whether it will be a success on my recent segment with Bill Daughtery on New York Sports and Beyond. Listen to our brief conversation below (the interview starts at 1:48).