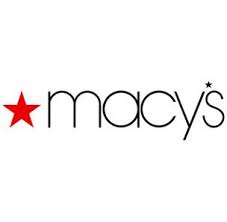 Social now has to be central to a brand’s marketing efforts and as a result Macy’s has come up with some incredibly innovative campaigns in the past few years. Macy’s first embraced social media back in 2010 and has since attracted huge followings on Facebook, Twitter, Pinterest and Instagram. In spring 2012, Macy’s created a Facebook app that allowed users to send a personalized Mother’s Day card for free and in aid of a good cause. For each digital card sent through Facebook, the retailer donated $3 to one of five charities including the American Heart Association, Futures Without Violence, Make-a-Wish Foundation, the National Park Foundation, and Reading Is Fundamental. Overall, a simple campaign that used social to shout about Macy’s commitment to charitable causes while bringing in some extra ‘likes’.

Having to innovate and move towards a multichannel sales and marketing model, Macy’s Backstage Pass initiative incorporates QR codes in-store to give shoppers access to YouTube clips that reveal fashion tips from some of the brand’s celebrity partners while shoppers are incentivized to scan the codes with the chance to win a $500 gift card. An excellent way of using mobile technology while incorporating social content in-store.

Pinterest competitions are fairly common among major brands, and Macy’s is currently experimenting with a Martha Stewart ‘Pin it to win it’ contest where entrants could win a $500 gift card. To take part, Pinterest users have to create a board called #MarthaMacys then pin an image featuring a product from the retailer’s new Martha Stewart collection. The final step is to enter a few personal details and submit the board’s URL to Macy’s, so as well as gaining some extra exposure on Pinterest the retailer will also collect some useful customer data. A quick Pinterest search shows that there have been hundreds of entries, which is pretty good going for what was probably a relatively low investment.

Integrating all its social channels into a single campaign, #HelpMeClinton involved TLC’s Clinton Kelly and his team who were on point to give fashion advice through Facebook, Pinterest, Instagram, Twitter and YouTube. For example, on Twitter a team is available to deal with queries throughout the day, while on Facebook Clinton has scheduled one hour each month to answer questions.

All good examples of how to integrate and become relevant in today’s social marketing jungle. Leaders are developing a broader-reaching collaborative program that pulls suppliers and customers inside their business.

How is your favorite brand using and integrating social media? Let us know and as always stay #TopRight.