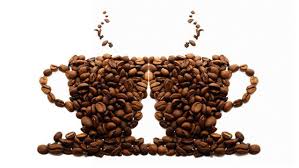 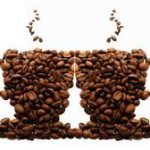 Today we celebrate Coffee Day-what Monday is not coffee day-in a number of countries around the world, including Australia, Canada, England, Norway, Sweden and the United States. A love of caffeine knows no boundaries or days for that matter.

In consideration of this momentous day, Starbucks is also kicking off a big branding campaign that won’t just highlight coffee but instead promote what happens in its stores. The company derives its brand essence from roasted coffee flavors and the ambiance of a traditional coffee house. The campaign, however, is taking a different angle by focusing on how the brand nourishes relationships. The company is seeking to show how its stores “help facilitate human connections,” said Sharon Rothstein, Starbucks’ chief marketing officer.

A new ad features a look at the everyday things that happen at Starbucks cafés around the world. The commercial, which was shot over the course of 24 hours in 40 Starbucks stores across 28 countries, includes images of youngsters showing off their latest dance moves, kids participating in study sessions, a chess tournament and a business meeting. The company will also post several small videos on YouTube that focus on some of the more unique things that they discovered during the filming such as an event for the deaf that is hosted at a Starbucks in Honolulu.

It’s a different ad approach for Starbucks, which for the past few years has spent the large part of its ad dollars on ads that promote specific products or the quality of its coffee.

The “Meet me at Starbucks” drive is the first time the coffee business has attempted to convey the values of the brand on this scale. It plays on the idea that while many of its customers are digital-savvy, sometimes the best way for them to connect to one another is face-to-face with Starbucks stores suggested as the perfect location. Starbucks will also ask fans to post photos illustrating how people met, encouraging participants to use the Instagram hashtag #HowWeMet. Additional content will appear across other social media channels including Twitter and Tumblr in the coming months, although plans have not been finalized, the retailer said.

Rather than make any real argument for getting together at Starbucks specifically, the campaign assumes you probably already do, the brand happily blends into the background. It’s so ubiquitous it’s almost invisible. It’s the happy host. And it lets the consumer be the hero.

Let us know what you think about the new campaign and as always stay #TopRight.