As the Mac computer turns 30 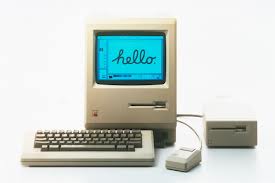 , there is a lot to look back on as far as products and the company as a whole.  Apple revolutionized the way computing was done and seen. The original boxy Macintosh with a mouth-like slit below the screen for “floppy” data disks has evolved into a line that boasts slim, powerful laptops and a cylindrical Mac Pro desktop model. The same goes for customer service. Apple has lead customer service rankings for the past seven years mainly because its lineup of products is broad yet connected; they boast a meticulously controlled retail experience, and a very particular brand of leadership at the top.

The tables seem to have turned, however, as Apple has been rated behind competitors like Sony, Samsung, and even Microsoft Corporation in a very important customer experience survey from Forrester Research released . This is the third annual survey, and the first time Apple has fallen behind these rival companies. The survey measures customer experience, which involves difficult-to-define criteria based on how a customer feels about his or her interaction with a company. Forrester queried 7,500 consumers about their retail and customer support experiences and used the responses to assign each company a customer-experience index score.

Apple has struggled somewhat with the continually increasing volume of customers visiting its retail stores for sales and support, particularly under the leadership of former retail chief John Browett. Browett was ousted as part of a management restructuring after spending just six months on the job, during which Apple’s retail unit saw staff cutbacks and an emphasis on profits erode the customer experience and employee satisfaction. After nearly a year and a half without a retail chief, Apple will see Burberry CEO Angela Ahrendts take the helm in the coming months to oversee both retail and online store operations. Tim Cook wants people in his team that are capable of shifting Apple from a technology innovator to a luxury lifestyle company. “Apple is a rarity as a retailer,” said Liam Hamill, strategy director at the brand-consulting firm Venturethree in London. “Its stores aren’t merely designed to sell products, but to give a halo effect to its brand.”

Sony sits behind Amazon with an 83 percent rating, Microsoft and Samsung trail at 82 percent. Apple brings up the rear with an 81 percent rating. Interesting to note all three companies were behind Apple in last year’s survey. Even if the rating is not excellent, Forrester states that any rating between 76 and 85 is thought to be “good.

Stay tuned and follow along as Ms. Ahrendts steers the ship in this highly competitive market. Let us know what you think and as always stay #TopRight.