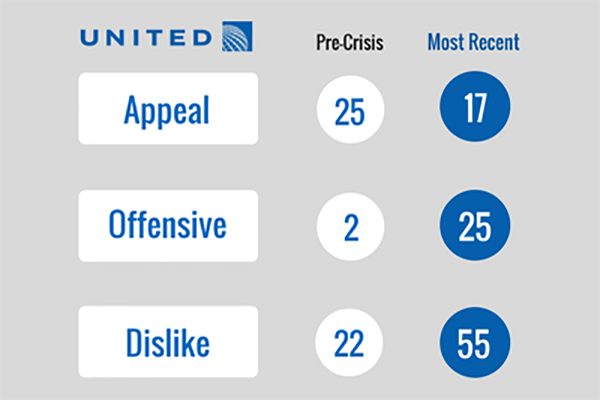 United Airlines is no stranger to public relations crises.

It was one of the earliest examples of how social media puts the power into the hands of consumers. In Spring 2008, Dave Carroll’s $3500 Taylor guitar was damaged by United Airlines and they refused to provide compensation. After nine frustrating months, Dave Carroll published a funny YouTube video of him singing about his experience with United. It amassed 150,000 views within one day, prompting United to contact Carroll saying it hoped to right the wrong.

Although the company compensated Dave Carroll, the brand image was severely altered by the viral video and damages to the brand reputation eventually added up to around $180 million.

The company’s latest PR disaster involves a video of a passenger being forcibly removed from a plane and a poor response from United Airlines CEO Oscar Munoz.

To see how this crisis affected the Brand Perception of United Airlines, we turned to a recent study on brand sentiment by ePoll Research. 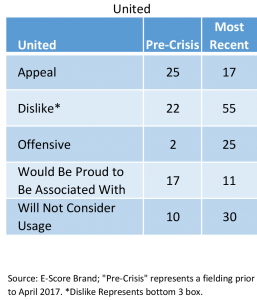 Following the April 2017 crisis, consumers with negative feelings toward the brand grew from 22 percent to 55 percent; those who viewed United as Offensive jumped to 25 percent from 2 percent; and 30 percent said they would never use the airline in the future. However, looking at the airline’s stock price, the public outcry didn’t seem to affect consumer purchases. 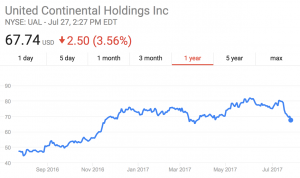 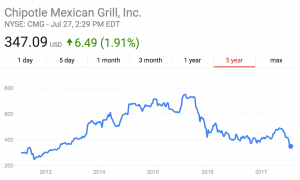 “Although it started in Seattle in July 2015, our August survey from that year did not indicate a crisis was already underway. This is due in part to several factors: there was no shock video or photos; consumers thought the outbreak was isolated; and low publicity in early days of the crisis.”
— ePoll Research, When Bad Things Happen to Good Brands 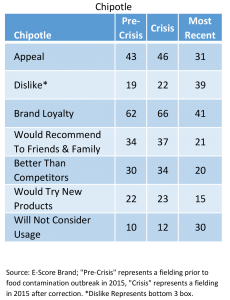 Today, Dislike for Chipotle is up 20 points while Brand Loyalty dropped 21 points since pre-Crisis. Aside from a free burrito day and mandatory employee training in food safety, the company did little to manage its brand reputation after the crisis was over. Chipotle’s situation underscores the need for good crisis management strategy and insight into what your consumers are saying.

With public relations disasters lurking in every corner these days, here are three things to keep in mind.

When facing negative PR or bad online reviews, it is important to navigate the storm of public opinion and restore confidence in the brand. Oftentimes, a PR disaster will result in a spike of negative online reviews. Being proactive with your online reputation will help mitigate the long-term damage from bad reviews. But, you must first understand how online reviews affect consumer purchase decisions in your specific industry. Here’s a great infographic by Website Builder, User Reviews Are the King: How Online Reviews Can Either Make or Break Your Business.

Successful reputation management rests in a company’s ability to deliver a simple, clear, and aligned brand story with ruthless consistency. Learn how to harness the power of the six-second story to engage prospects and inspire remarkable customer experiences by reading the TopRight Guide to Transformational Marketing.