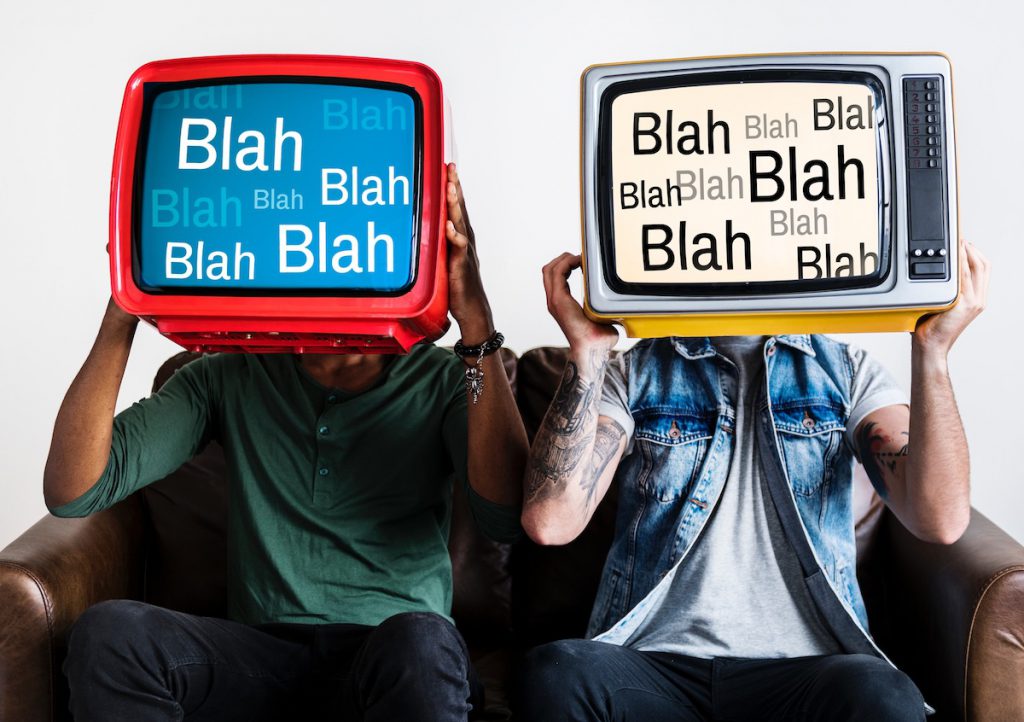 Next week, Judi Friedman will bring us an insightful piece about what it really means to be an “influencer.” As it turns out, they do much more than just post content on Twitter and YouTube—in fact, the best influencers may not be online at all. But more on that topic on Monday.

The subject made me think about who and what influencers—the traditional social media personalities—really are. Is it still relevant? And is it something that a smart marketer capitalizes on or stays away from? The word “influencer,” as I learned, is actually not new, but goes back to the 1940s when a study was done on the idea of “social influence” as advocacy. A few books were written on this topic in the 1950s and 1960s, early academic forays into the idea of interpersonal suasion as a kind of marketing. But by the time the 1980s were in full swing—with TV the central pillar of all mass marketing—the quaint notion of the influencer had fallen away.

But the idea very quickly remerged with the rise of the internet, a complex mass media phenomenon that seemed to require a new vocabulary. At that time, we were in need of a new word (besides “celebrity,” “enthusiast,” “spokesperson,” etc.) to describe the gaggle of online strangers emerging from cyberspace with their blogs, vlogs, and social media campaigns. There were other buzzwords that popped up in the 2000s—culturemaker, webring, the creator economy—but in the end none had the staying power of good old “influencer.” These days, many openly dislike the term and those involved in doing it, and perhaps for good reason. But that makes it hard to recall that, at one time, the concept was taken fairly seriously, with many convinced that the internet had created a brand new breed of celebrity that would spawn a movement powerful enough to make the old elite class of Beverly Hills and Manhattan irrelevant and usher in the era of the digital superstar.

Alas, it never quite worked out that way. But the social media influencer remains relevant to marketing, with a small crowd of notables (mainly on YouTube) maintaining a pretty profitable online career. So what is the best way to think of these strange figures who have loomed in our digital midst for the past 20 years, and how best to make use of them?

The so-called influencer can’t really be seen as separate from your overall digital strategy. Viewing them as a way of flogging your brand online fundamentally misunderstands how they work. First you have to find your consumer. Do deep research into the niche audience you’re pursuing before you select your influencers, and keep them in mind throughout. Today’s consumers are innately aware when an influencer is truly sincere, and when he or she is merely being paid to be sincere. Big difference! If someone a viewer admires for his or her knowledge in comic books suddenly starts talking about the health benefits of Ovaltine, you’ve lost the trust of your audience.

But the good thing about online influencers is that they’re never hard to find—they’re all over Instagram, YouTube, and elsewhere. When you find a few that are relevant and that add something to your brand story, make note of them. When the time comes, simply send them your products. No introduction or personal contact or cash payments should be necessary—just a generous sample assortment in the mail and a thank you note. If the person likes what you’re selling, they’ll review it on their YouTube channel and voila—influence achieved.

Do the right research and find the right voice for your products. Don’t send your samples out indiscriminately, and don’t be hypnotized by what they call “celebrity influencers,” online juggernauts like Logan Paul who, for reasons no man can fathom, has millions of teen fans. Often these seemingly successful and “influential” figures turn sour on you without warning. Major influencer Ryan Lochte (remember him?) disappeared after he invented a bizarre story about being robbed in Brazil; Jake Paul humiliated himself by getting into senseless fights with his L.A. neighbors, which led to his being dropped by Disney.

Be choosy, and do some vetting before you get involved. If you sell cosmetics, for instance, there are hordes of makeup reviewers out there to choose from, but it won’t do you any good to start lobbing your products at all of them. Find the right people (more than one or two) who have a particular investment or interest in your product line. Is it environmentally friendly makeup, produced for a highly specific purpose, or is it tailored to a certain demographic? Make sure you nail your audience.

We talk a lot about systems analysis and data crunching here at TopRight, mainly because it’s something marketers like to forget about. That’s okay, transformational marketers are a creative bunch and it can sometimes be tough to keep their focus on a spreadsheet. But in truth, doing the legwork during a campaign—making sure your numbers are on target, that real feedback is analyzed and utilized appropriately, that proper adjustments are made with regard to target audience and campaign scale—is absolutely essential to success. Keeping up with what your influencer is doing, especially what he or she did after your brand appeared on his or her channel, should go without saying. But you should pay close attention to the analytics, the impact, and the, well, “influence” that resulted from your collaboration. Adjust accordingly. If it’s not working out, it’s perfectly valid to stop bothering with influencers altogether. Don’t overthink this. Never feel that you need these people—you don’t. At best, they can give you quick access to a niche audience. But if they’re not helping your digital campaign, you can drop them without worrying about it too much.

There are other kinds of influencers out there, people who love trading shareable stories and who may matter far more than any social media celebrity you can name. Come back next week to read more about how influencer marketing can help your product gain traction through personable interactions. And to get started implementing a clear, aligned story that yields influencer marketing potential, check out my book, Marketing, Interrupted.