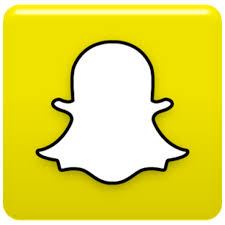 A recent article from Business Insider mused about Snapchat and it’s recent rejection of Facebook’s $3 billion takeover offer. The article highlights the big potential for Snapchat and how it is to become the “start app” for a whole new generation of Internet users. Teenagers don’t really use the web these days, the insider explained. They don’t use email. And some are using Facebook less (anecdotally, because it’s more web-based and un-cool because their parents are there). They use their mobile phones. And they communicate over the phones with texts and app-based messaging services like Snapchat, WhatsApp, and Instagram. Because of this teen behavior, the insider explained, Snapchat believes it can become one of the key “platforms” from which the next generation of Internet users will use the Internet. To this end, Snapchat plans to release an application programming interface (API) like the one Facebook and Twitter offer, so that third parties can build applications that run on top of Snapchat. And Snapchat plans to continue to expand the capabilities of its service to make it more useful to its users. The bottom line, another Snapchat insider tells us, is that Snapchat insiders believe Snapchat has an opportunity to reach “web scale” (vast) and become a dominant global messaging platform. And, based on the valuations of other “web scale” social platforms — Twitter ($22 billion), Facebook ($115 billion), and LinkedIn ($26 billion) — $3 billion just doesn’t seem that outrageous.”

According to Jeff Pedone, Managing Partner at TopRight, we know mobile, social community (work and play) and highly personalized communication is upon us. Behavioral targeting is in its infancy. Snapchat, the concept, has far reaching business implications. Think about what businesses could do with 10 second product and service video clips that can (on not) be stored. Companies want their advertising message to go further, and have extensive life after a view. These videos will extend into the inbox, txt message and social network. Let us know how you see the Snapchat platform extending company messaging and as always stay #TopRight!