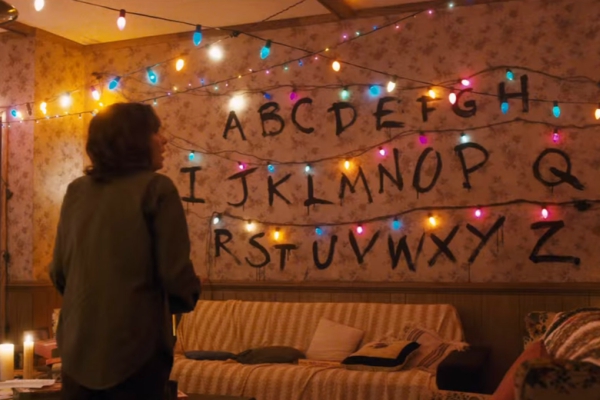 Have you seen Stranger Things yet?

The hit Netflix Original series launched their second season last week. The show has blown up as their most popular show of all time. With 8.2 million people watching the first season within the first sixteen days of the premiere, the show has even outreached the popularity of the Netflix Original; Orange is the New Black.

With 18 Emmy nominations since it’s premiere, and an astronomical conversion rate of 70% of people who watched the second episode finishing the first season, it’s fair to say Netflix’s future success is tied to this show- but also on producing more hit original content.

Netflix isn’t the only one cashing in on the hit show. Eggo (yes, the waffle brand) is looking to capitalize on the hype of season two.

If you’re not familiar with the show (in season one) one of the main characters, Eleven, was introduced to Eggos and becomes obsessed. While Kellogg was unaware that they would be the beneficiary of this product placement windfall, they have not let the opportunity pass them by.

Starting with a cobranded super bowl ad, Netflix and Eggo have been working in partnership to promote the season two premiere.

While this is a fairly normal ad, Eggo has gotten a little “strange” with some of their other efforts to tie in and promote the premiere. Some examples include:

While the tie into Eggo’s Brand Story could be described as a stretch, in the spirit of Halloween, we wanted to provide some examples of “Stranger Campaigns” that we’ve recently seen. While these campaigns may seem strange on the surface, their success can be directly tied to how they align back to the Brand Story in a creative way.

E-Trade gets action by causing a reaction

E-Trade’s latest campaign, “Don’t Get Mad, Get E-Trade,” is not what you would expect from a large financial services company.

In an industry where advertising is usually focused on building trusted relationships, this campaign flies in the face of what is normal. Focused on stirring emotion, these E-Trade ads play on that “could have been me” mentality and offers up a solution.

The E-Trade Brand Story has always been one of customer empowerment. As the “original home for online trading,” E-Trade is focused on enabling people to be their own stockbroker. By offering lower trading fees and enabling people to have access to information that used to only be in the hands of those brokers, E-Trade created an industry of DIY brokers.

This ad plays right into the cynical views that their target audience might have of financial systems. This seemingly “Strange Campaign” is successful because it makes the customer the hero of their own Story. E-Trade is simply the guide that enables that Story to become a reality.

If you’re like me, you’ve seen those three words from Google:

Likely, you rushed to get your thought into the search engine with the expectation that Google had your back. But, have you ever thought your error was caused by hunger?

In 2013, Snickers took their “You’re Not You When You’re Hungry” campaign deeper into the buyer’s journey when they capitalized on the opportunity to advertise around your typos. 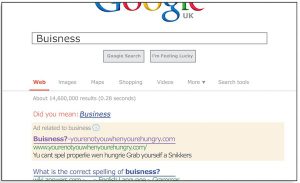 Snickers teamed up with Google to find the 500 most-misspelled words on the Internet, buying ads around 25,000 misspelled search terms. Agency, AMV BBDO, says that 500,000 people saw the campaign within three days of its launch.

While misspelling the word “business” doesn’t seem like it has anything to do with the Snickers Brand Story, the company found an opportunity to use the buyer’s journey to make the seemingly strange advertising relevant and authentic.

This campaign was able to change the emotions associated with the brand by making Snickers what you looked for when you’re hungry vs. the occasional treat. This is a great example of how the Snickers team looked at behaviors as common as typos in Google searches and turned it into an opportunity.

Misereor transforms a billboard into an experience

The rise of point of sale (POS) solutions have made for new opportunities for businesses to convert sales, but also for non-profits to convert donations.  As people’s behavior strays further and further away from using cash, campaigns focused around a POS may not seem all that strange today.

When Misereor, a self-initiative focused non-profit, launched their Social Swipe campaign in 2014, payment companies were not as ubiquitous as they are today.

As you can see in the video, the billboard provides an easy and engaging way to make a donation. The campaign does more than just capture your attention, it gets you emotionally involved.

Swiping your credit card gives the illusion that you’re cutting a Filipino child free from rope bindings or cutting bread from a loaf to feed a family- the experience makes it clear what your donation’s impact is.

At €2 a donation, the charity was able to account for 1,500 one-off donations in the first month. While that might create some fear that Misereor will end up chasing one time donors, Misereor was able to increase their number of donors that donated three or more times by 23% that year.

The Social Swipe campaign offered a “low cost” entry point to get engaged with the brand in a way that was directly tied to their Brand Story.

Is every odd-ball campaign destined to work? Probably not. The theme that tied these campaigns together was not so much how strange they were, but how they aligned with the Brand’s Story, Strategy, and Systems- in a way that was simple… but also clear.

The brands that have and will thrive in the 21st century are those who have figured out how to tell a compelling story and align that brand’s promise at every customer touch point. If you want to learn how to harness the power of your brand story to create a clear and compelling message that engages your customers and grows your business. Check out TopRight’s ebook: Transformational Marketing: Moving to the TopRight.