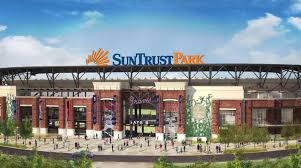 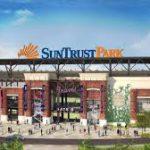 When the 1994 baseball season started, there was only a single MLB stadium whose name could be considered a result of corporate sponsorship (and the company owned the team at the time, so even that is up for debate). Now, fewer than one-third of the stadiums are without a corporate name over the gates. Today, 20% of the teams in the four major sports leagues have the name of a financial services company affixed to their home building.

Companies invest in stadium naming rights because it gives them long-term brand awareness, but banks seem to have a built a special relationship with sports. That’s because when a bank buys a sponsorship, they’re not just getting the right to paste their name on a big building — they become financial partners with the team. Bank sponsors can help with budgeting, ticketing, and even media rights. They’re able to issue affiliated credit and debit cards, set up ATM’s inside the venues, and have big box seats to use at their leisure.

Locally, the Braves and Atlanta-based SunTrust Banks, Inc. announced a 25-year sponsorship deal as part of the official groundbreaking ceremony last week. “This is a once-in-a-generation opportunity to partner with a great organization that shares our values for winning and serving the community,” SunTrust chairman and CEO William H. Rogers, Jr. said in a statement. “This partnership provides SunTrust increased visibility on a regional and national level through a truly unique mixed-use development that will attract fans and visitors throughout the year. Importantly, it will help us reach more people as we fulfill our bank’s purpose of lighting the way to financial well-being.”

J.C. Bradbury, professor of sports economics at Kennesaw State University, projected the naming rights deal could be worth a minimum of $125 million, or $5 million a year. “Target Field was the last deal that was done, so it’s hard to project,” Bradbury said. “But these deals are based off of population and if the signage will be seen from the interstate, which I think it will.” But according to sources, naming rights for the club’s new ballpark in Cobb County is worth in excess of $10M per year. The sum would be comparable to the 20-year, $220M naming-rights deal the San Francisco 49ers signed with Levi’s for their new stadium and would represent the second-highest deal in MLB behind the Mets’ estimated $400M pact for Citi Field. 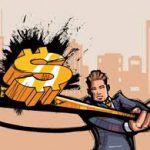 Branding on this scale is not about the cost of ROI, it’s about staying relevant. Compared to TV advertising, it’s a homerun and fastly becoming the new norm but again, historically nothing has indicated a positive ROI for these kinds of deals. Let us know what you think and as always stay #TopRight!