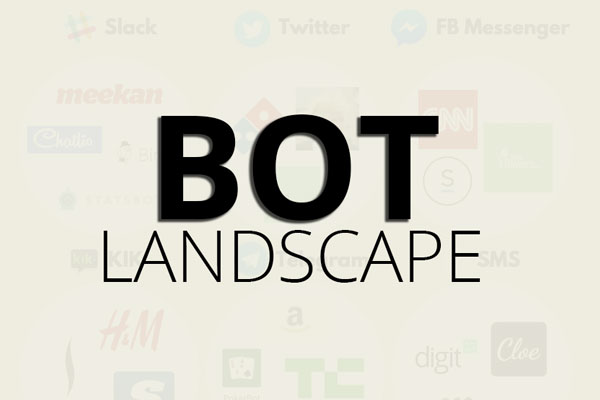 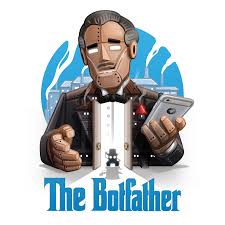 No doubt, this is the best-known line from Mario Puzo’s book, The Godfather (1969) and the Oscar-award winning film of the same title (1972). Perhaps it may be one of the best-known lines in any film and ranks second only to “Frankly, my dear, I don’t give a damn” as the most celebrated quotation from an American film. Of course, the ‘offer’ here is ”do as I say or I’ll kill you”… Corleone’s preferred method of intimidating those around him and assuring that he gets exactly what he wants in an expeditious fashion.

So you may be asking, what does this famous gangster line have to do with the fast emerging field of “bots” – software applications that run automated tasks and scripts over the Internet.

Well, it’s all about fear and intimidation. Quite frankly, some people have a healthy fear of Artificial Intelligence (AI) and the potential for unintended consequences of a future where machines have taken control of the world and reign over humans (think about the plot of The Matrix or The Terminator).

So the purpose of this blog is to take a deeper look at the current state of AI applications on the Internet and to some extent, demystify what is going on with bots.

“The media seems to spend a fair amount of time talking about bots in the context of AI. As a result, my suspicion is that many people are conflating the two concepts (bots + AI = all bots are intelligent agents). That’s not the case at all. Bots exist along a continuum.”
botnerds.com

With all the bot-buzz going around and inspired by Scott Brinker’s MarTech Landscape efforts, I wanted to take a step back to organize and define a general Bot Landscape with the goal of providing an overview of the applications and their functionalities, which will ultimately impact the customer experience.

While some bots are nothing more than glorified command languages, others are driven by natural language processing, and the most intelligent bots are in the arena of self-driving cars. The technology behind the types of bots varies greatly in its complexity, application, and maturity level. For the purpose of this landscape, we’ll use the bot classifications provided by botnerds.com: Script Bots, Smart Bots, and Intelligent Agents.

“Some bots use elements of machine learning (ML) and artificial intelligence (AI) in order to understand language, process complex requests, and manage dynamic outputs. And while it’s true that some bots are heavily reliant on AI & ML, other bots are far simpler.”
— botnerds.com

The Bot Landscape from Dave Sutton

The simplest form of bots are Script Bots, which are platform based bots that run off of a pre-determined script that dictates what the bot can and cannot do. Currently, there are six main platforms: Slack, Twitter, FB messenger, KIK, Telegram, and SMS. Developers need to make the bots work based on the platform’s capabilities.

Script Bots are helpful in transactional and informational requests. Take for example @statsbot in Slack. If your company uses Slack for internal/external communications, what a great way to quickly check website stats, speed, traffic sources and more right inside of the platform. 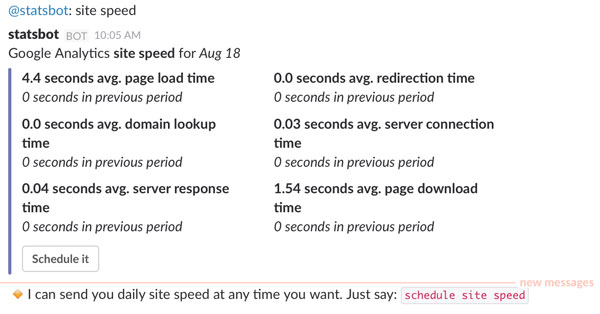 The latest Script Bot to cause some buzz is on the White House’s Facebook page. Within Facebook Messenger you can send a personalized letter to the President. President Obama only reads 10 messages a day, but it has created a new avenue for reaching the “Leader of the Free World”.

Some Script Bots use Natural Language Processing (NLP) to help identify words that might match the script. Due to technological barriers, this approach often causes a poor and confusing user experience. It is important that companies developing bots understand and respect the limitations of Script Bots + NLP. One brand doing this well is Taco Bell’s food ordering bot integrating within Slack, named TacoBot. 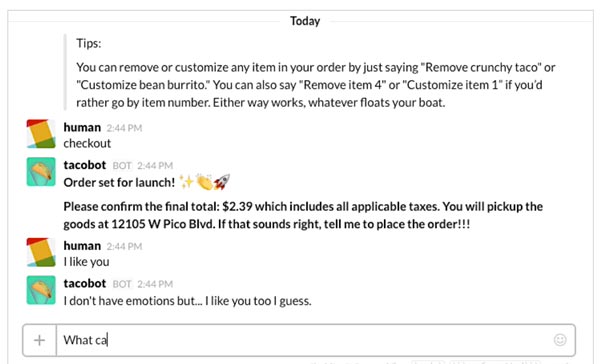 This is where most of the Bot Landscape exists today, and will exist in the near future. Much of the media buzz is about Smart Bots, which we will discuss next, but in reality, the bot landscape growth will be confined to Script Bots + NLP for several years. For one, these bots are confined to Messaging Platforms. Even with all the buzz, Facebook’s Bot Platform relies on an older NLP technology. When companies respect the limitations, Script Bots prove to be incredibly helpful agents.

The next level of bot intelligence is the Smart Bot. A Smart Bot relies on AI with human intervention as a backup layer for complex commands.

Think of when you call into your bank. There is a set of automated questions that you have to go through. 10 years ago- those commands were much more limited than they are today, but now we can handle most tasks before talking to a customer service representative. The human to human interaction layer, in this case, is a fall back when the requests are too demanding for the system.

Smart Bots are fantastic for driving an improved customer experience.

The most recent example of a Smart Bot is the Facebook M Assistant. Facebook has designed an assistant bot similar to Apple’s Siri but, instead of fully relying on AI, Facebook is looking to provide a better customer experience by providing the AI with a layer of human intervention.

Siri, Chatbots, IBM Watson, Amazon’s Alexa, and Google’s Self-Driving Car are all examples of Intelligent Agents. Powered by Machine Learning (ML) and/or Artificial Intelligence (AI), these bots are designed to run without any human intervention.

One Intelligent Agent that is particularly interesting is x.ai, a bot named Amy that schedules meetings with zero oversight (including managing all of the back-and-forth messages). While it is still in its beta stage of development- we have yet to access and try out this seemingly highly useful bot. 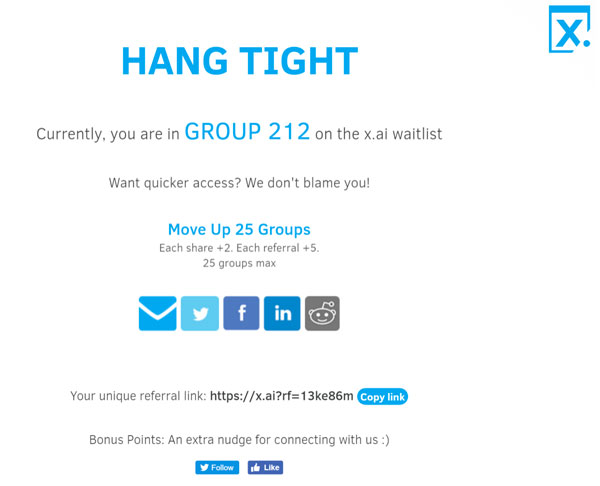 As artificial intelligence continues to mature, you will see a greater growth in this area of bots. The issue today is that commands on these types of bots can be too complex for the system to keep up- which is why Smart Bots can provide a higher quality customer experience at the moment. While we suspect there will be some bumps along the way- the glimpses of success that we have seen with Intelligent Agents are pretty exciting.

The reality is that Bots today are simply another bright, shiny object that many marketers are fascinated with. However, they may not have a clear understanding of the technology, its implications for marketing or its alignment with their brand destination. Before you begin to employ a new technology, your brand needs to have the right Story, the right Strategy, and the right Systems in place. Learn how to integrate TopRight’s 3S approach to bring simplicity, clarity, and alignment to your marketing efforts. Download our latest eBook Transformational Marketing: Moving to the TopRight.