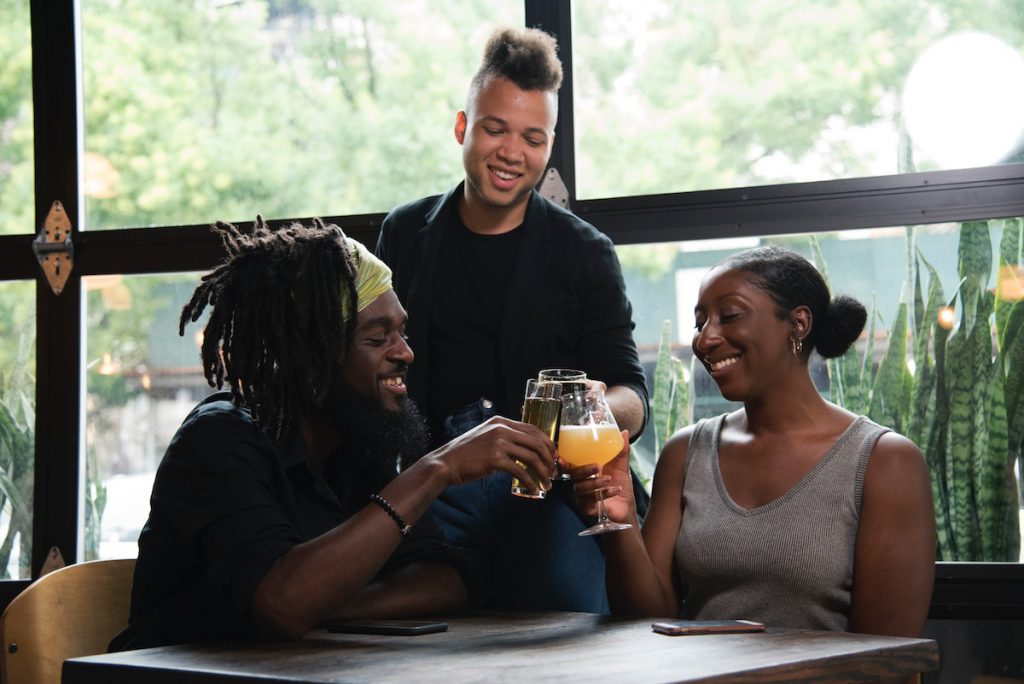 I’ve said it before, but I’ll reiterate:

“Influencers” are people living among us who love to share ideas with others. Period.

That’s it. They don’t have to be famous. They don’t even have to own a computer. Whether they’re online doesn’t matter much at all. According to Keller and Berry’s book The Influentials, 10% of the population is made of influencers, people who tell their friends and family how to vote, where to eat, and what to buy. They’re trusted precisely because they share so often and so enthusiastically.

Influencers are everyday people, and that’s why they’re so effective.

So Why Do They Matter?

Influencers are people who like people. They want to help them with ideas, information, products, and services.

If U.S. companies aren’t understanding this, it’s because they’ve been sold a false bill of goods. They’re busy looking for influencers on YouTube and Instagram when they should be thinking about ways to get the guy down the street talking. So they end up investing in digital campaigns that don’t serve up any ROI.

But if you implement programs that motivate or enroll true influencers—ordinary people who happen to be very passionate about things they like—you’ll be making a low-cost investment in hundreds of individuals who will talk about your brand for years. And why? Because they like it. Because they want to, because they believe in it, because they think someone they know can benefit from it.

It’s the best kind of marketing around.

As the internet continues to expand its daily influence on us all, successful marketing is becoming more about trust. Real trust.

As a study last year put it, marketers are today in the business of human communication, and people will only listen when they trust the source. Capitalizing on influencers is ultimately about engaging with a kind of “trust chain”—people trust a local influencer, who trusts your brand, which has to maintain its integrity and reliability as a product or service. The moment that trust chain is broken, you’ve lost not just consumers, but the many local influencers who were anonymously promoting your brand for you for free.

True influencers don’t care about exposure, they care about knowledge. We’ve all had the experience of sitting at a bar and seeing a liquor rep in a short skirt pass by with a tray of free vodka shots. That kind of paid advertising is explicit, familiar—and possibly ineffective. You may or may not have taken that free shot—but did you ever switch your brand because of it? Probably not. And it’s precisely because that liquor rep was all about sheer exposure, not about knowledge or passion for the product, that the brand lost you.

But now imagine that behind that liquor rep sits an ordinary guy weirdly yammering about his favorite bourbon. He pulls you aside and offers up a shareable story about how the bourbon is a single or double malt, or how good the rye mash is, and how he had this crazy night with friends. Now you’re listening, and you’re trying the bourbon, and because you trust this guy you’re closer to having an emotional attachment to the product—but only if the product lives up to the story.

True influencers will not accept compensation for what they do. That would mean that they are selling out and selling out translates to being seen as inauthentic. So enrolling influencers can, therefore, be tricky.

But if a company knows how to attract and harness true influencers, sales start climbing. Shareable stories have the effect of drawing people in naturally and spreading quickly of their own accord, with very little work needed by marketing teams to continue promoting the messaging. So-called Disney Moms are a great example of this. They share their knowledge—help someone plan the perfect Disney trip—because they love Disney. They don’t get paid for it, they do it because they want their friends to have a great experience. All Disney does is supply some organizational assistance and conference space for the Moms to do what they do—no cash payments or any other compensation at all.

So while there’s an initial investment to get your story in the market, in the long run it’s less expensive than an ad campaign. The right story with the right implementation plan, plus a little patience, is the only formula you’ll need.

The problem we have in word of mouth at the moment is that the label “influencers” has been coopted by social media. Sure, Kim Kardashian is influential. If she hypes a product, a lot of people will buy it. But she isn’t an influencer. She doesn’t talk about anything without getting paid, and the minute she stops, sales take a dive.

Real influencers create slow, steady, permanent growth. They are the building blocks of a long-lasting brand name. They don’t want to get paid. Influencers create movements, not moments. Look around next time you’re at your favorite restaurant, and I bet you’ll spot one of them at the bar chatting away.

For a more in-depth look at how to transform your strategy, clarify your story, and implement shareable story practices into your systems, sign up to our email list or pick up a copy of Dave Sutton’s book, Marketing, Interrupted.