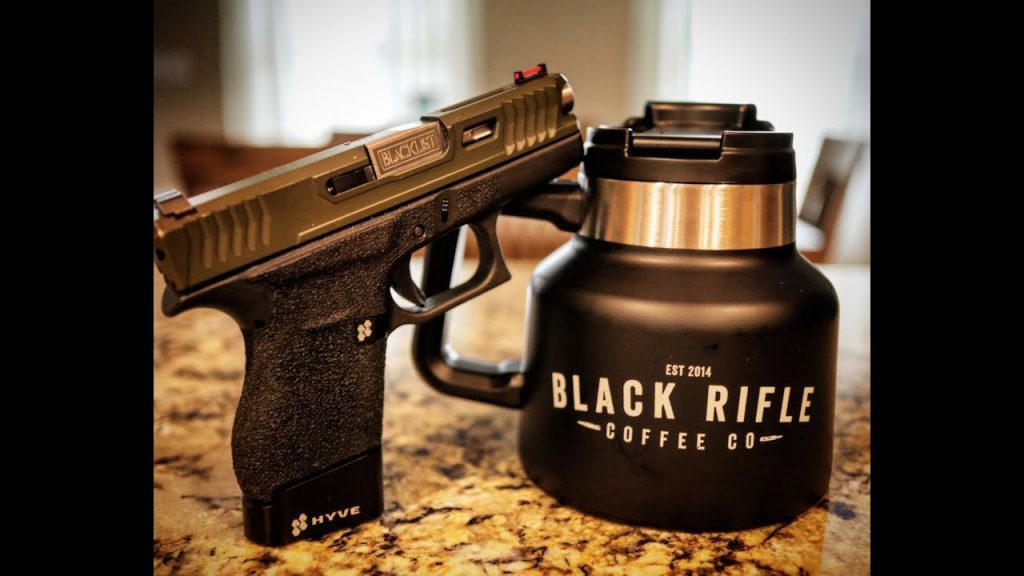 What marketers can still fail to realize is that gaining traction for your brand in a crowded market has little to do with the actual product you’re selling. It’s all about story. And the truth is that a strong brand begins with a simple, remarkable, yet authentic brand story.  That’s something Black Rifle Coffee Company seems to have known instinctively.

From the very start, Black Rifle Coffee Co. has used a simple yet powerful brand story to carve out a unique space within a mature and saturated product category. Evan Hafer founded the company in 2014 after serving overseas in the U.S. Army special forces. After returning home, his passion for coffee led him to pursue his dream of starting a coffee business. “I was deployed back-and-forth from places like Iraq and Afghanistan at the time,” said Hafer, ” and I couldn’t find a good cup of coffee. … As a guy that truly loves coffee I was just looking to find a great solution to what I thought was kind of a problem.” Little did he know then that his passion of his would define his future.

But it was something other than a pure love for coffee, ultimately, that provided the foundation for his brand story. It was patriotism. Hafer likes to point out that coffee drinking in America is rooted in our history. Historically speaking, coffee gained popularity around the time of the Revolutionary War when tea, a symbol of loyalty to Britain after the Boston Tea Party, fell out of favor with colonists. Drinking coffee, as it turns out, is more American than apple pie. Armed with this intriguing history and his coffee-drinking experiences in the U.S. Army, Hafer began to see early on how he could shape his company’s story.

Once he returned home to West Virginia and Black Rifle was established, the veteran-owned company built its brand around being unapologetically patriotic, pro-military, and pro-2nd Amendment. They then began delivering their story with an irreverent sense of humor. Despite some initial resistance from the generally liberal Coffee Establishment (think Starbucks), Hafer’s plan has paid off big time. He and his director of content Logan Stark have driven widespread engagement with the brand and their products. As a result, the less than 5-year-old company is now roasting over 1 million pounds of coffee each year resulting in annual gross revenue of over $30 million.

The company’s unique brand messaging is delivered almost entirely via online video and social media, and it’s clear that they know how to develop content that drives comments and shares. Their over-the-top videos blend politics, parody, and personality and have been driving a brand story that gives consumers a reason to take notice. In addition, Evan Hafer is clearly and unapologetically aware of who his audience is and what they’re all about, a deliberate narrowing of his consumer base that has, contrary to the popular wisdom, been paying off.

In addition to a brash sense of humor, Black Rifle’s story is also defined by their commitment to helping military veterans. Their employee base is comprised largely of those who have served, and they’ve committed to hiring more as their business continues to grow. People like Mohammad Wali Tasleem, a veteran of the Afghani Army who fought alongside Hafer against the Taliban before emigrating to the United States and being hired by Black Rifle.

In its authenticity, simplicity and consistency, it all adds up to a powerfully effective story for one of America’s fastest growing coffee brands. If you want to learn more about how authentic story can transform your brand, follow TopRight CEO Dave Sutton at @TopRightPartner, connect with him on LinkedIn, subscribe to his blog, and buy a copy of his latest book, Marketing, Interrupted.