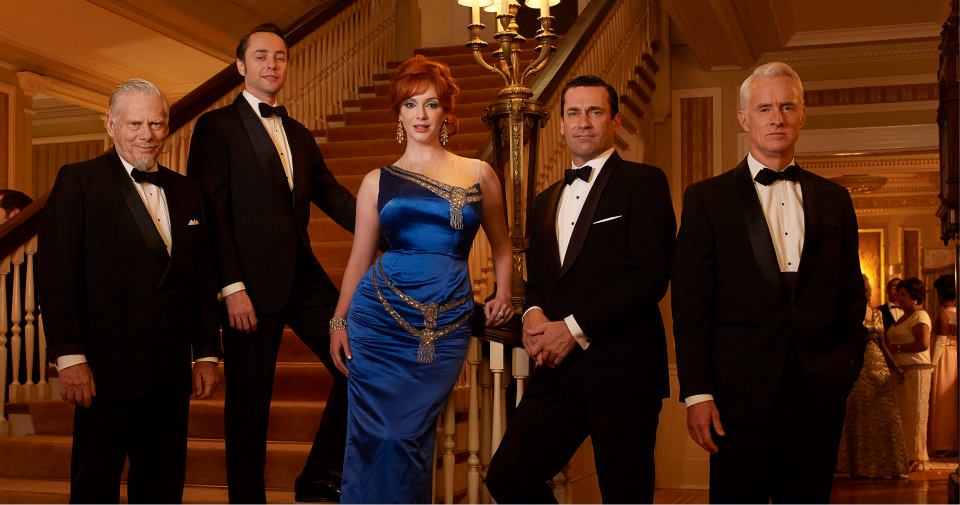 London Fog is one of those heritage brands that once dominated its niche so completely that its brand name became a synonym for the product. Of course, no brand stays on top without trying hard.

The brand made a smart move when it signed Mad Men star Christina Hendricks to model the coats. Her throwback beehive hairdo and retro-chic sex appeal naturally evoked the good old days. Hendricks says “London Fog is a classic brand, which I love.  It also ties in to Mad Men. We used London Fog in the show, and this was a nice way to tie everything together.  The trench is such an iconic shape for men and women.  It works for anyone – it worked in the 1960s, and it works now.”

Referencing the Mad Men episode “Out of Town“ we find Don Draper on a flight back to New York as he mentions his idea about a new London Fog ad to art director Salvatore Romano. In the ad there was a lady, standing in front of a man, wearing only an opened raincoat. A flashing flack back shall we say. And then Don delivered the slogan “Limit your exposure”.

London Fog’s product placement ended with the scene where Don, Bert, Pete and Roger were drinking Stoli and scotch in the office. During that scene Bert delivered another great line: “I don’t care what they say… London Fog is a great name.”

What do you think?  Do you have another preferred retailer for trench coats or is London Fog the iconic “go-to” brand?