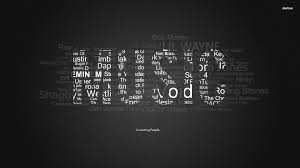 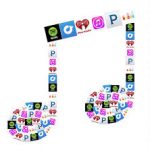 In 2013, the music industry, the first media business to be consumed by the digital revolution, saw its global sales rise for the first time since 1999, raising hopes that a long-sought recovery might have begun.

For years, the music industry’s decline looked terminal, with the record companies seemingly unable to come up with digital business models that could compete with the lure of online piracy. “At the beginning of the digital revolution it was common to say that digital was killing music,” said Edgar Berger, chief executive of the international arm of Sony Music Entertainment. Now, he added, it could be said “that digital is saving music”.

Fast forward to today. According to Nielsen SoundScan’s latest report, more than 70% of the music consumed in the first six months of 2014 in the U.S. was either downloaded or streamed — and streaming services are the only part of the recorded music business that’s growing. Digital’s influence on the music industry has driven consumption and provided immense opportunity for new business, from newer entrants, like Spotify and Pandora, to moves from veteran players, like Apple, Google and Amazon. The number of subscribers to services likes Rhapsody and Muve music grew by 44 percent last year, to 20 million.

Record companies were initially reluctant to embrace digital methods of distribution, seeing only the threat from online piracy, rather than the opportunities of new business models. Over time, digital business models that were initially dismissed — free, advertising-supported music like one of Spotify’s services, for example — were brought back in from the cold.

By last year, according to the industry federation, the music business generated 34 percent of its revenue from digital sources, putting music substantially ahead of other media. In several countries, including the United States, India, Norway and Sweden, digital sales already make up more than half of music revenue.

“If there is a lesson to take away, it is probably that the earlier you can embrace new business models and services, the better,” said Paul Brindley, chief executive of Music Ally, a consulting firm in London. “Whether this is signaling a turnaround that will lead to inexorable growth, who knows? But it does at least signal a bottoming out, with room for growth.”

So is the modern marketing handbook working — or not — in music? Here are three key principles to consider: 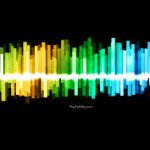 Let us know what you think and as always stay #TopRight.