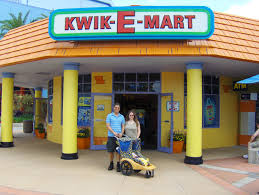 “You’re deceptive” – Ralph Wiggum
Unlike so many other recent movie launches, The Simpsons Movie was anything but deceptive. Clever, witty, intelligent, yes. But not deceptive. Why? The Simpsons Movie didn’t promise bigger explosions, faster cars, or meaner bad guys. Nor did it promise a tired rehash of the archetypical comedy genres – you know, guy finds himself in outlandish situations (a la Evan Almighty), guys run around doing stupid stuff (isn’t Jackass 3 on its way?), etc.No, The Simpsons Movie only promised more of what we love – Homer, Marge, Bart, Lisa and Maggie in beautiful big-screen 2D. An entire generation has grown up while The Simpsons has been on TV. We know the ins and outs of the Simpson family. We would feel right at home in Springfield, __…sidling up to Moe’s bar, buying a car (or anything else for that matter!) from Gil, the hopeless salesman, grabbing a quick “Whatchamacarcas” sandwich at Krusty Burger.And therein lies the brilliance of Fox’s pre-launch marketing campaign for The Simpsons Movie. The Simpsons have such a rich back story that it was possible for Fox to credibly take over 7-Elevens and rebrand them as Kwik-E-Marts. It was possible for Mr. Burns to take over JetBlue. Not only was it possible, but it got fans of the show even more excited to see their favorite family in an expanded format.And besides a brilliant marketing campaign, the movie wasn’t half bad either!