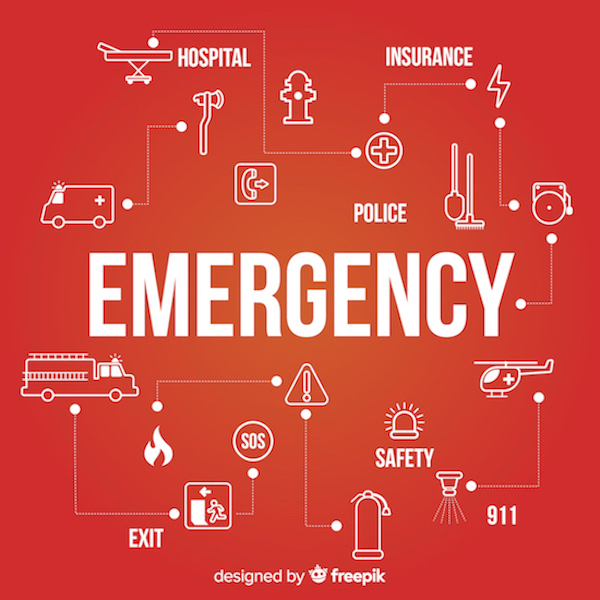 The following is Part I of a detailed five-part series that will focus on the drivers behind the branding transformations taking place in the healthcare service providers market.

Author of this series, Todd Lunsford, served as CMO and held substantial roles in strategy and change management for Envision Healthcare, and its predecessor AMSURG, for over thirteen years.

Branding has often been neglected as a key business driver in healthcare. Investment in marketing and communications as a percentage of revenues has lagged behind other service industries. This is particularly true in the provider space (hospitals, clinics and health facilities, physician practices), where serious branding strategies have historically been absent from core business plans.

National retail branding has also been conspicuously absent as a growth strategy. There are one or two examples of branded national networks, for example, DaVita in the dialysis clinic space, where the majority of locations use DaVita signage but receive limited retail advertising support. But in other cases, to the extent that healthcare branding investments have even been made, the working assumptions have always been either: 1. Individual doctors are the real brand and business driver; 2. Healthcare is a local business where referral networks or payer relationships are more important than consumer recognition; or 3. Branding extensions across market or state lines are fraught with risk. All of which have been true to an extent, but market forces are now slowly, yet dramatically, changing the landscape.

So today, I will begin my five-part series of examining this state of affairs with Part 1 The March of Consolidation and the Quest for Economic Scale (Parts II, III, IV, and V will be published in the following weeks, so stay tuned!). Altogether, these posts will analyze the five most powerful market forces changing the game for branding in healthcare services. These forces are creating enormous opportunities for aggressive competitors, while also generating sizable risks for those entrenched in the traditional branding approach. In other words, it’s a good time to transform branding strategy in healthcare provider services.

Today we’ll examine the first of these forces—consolidation.

The March of Consolidation and the Quest for Economic Scale

Healthcare providers have long been a highly fragmented sector relative to payers, pharma, and other sectors that contribute to the total healthcare landscape. Spurred by by Columbia-HCA decades ago, there has certainly been significant consolidation in the for-profit hospital space.

However, other outpatient facilities, such as clinics with narrow or single-specialty service offerings, and physician practices have only begun serious consolidation over the last ten years or so and remain fragmented overall. Recently the pace of M&A activity has accelerated, with the volume of transactions in 2018 eclipsing 2017, itself a banner year, and the total transaction value of $121.5 billion coming in at 1.4 and 1.7 times 2015 and 2016, respectively.

The primary driver of this trend is the quest for scale, specifically the economic advantages in cost efficiency or revenue generation that come with increased size and market share. According to a recent survey by West Monroe and Mergermarket, 58% of healthcare senior executives cite scale as the primary driver behind their moves toward consolidation. But the achievement of true scale that translates into real competitive advantage can be elusive, particularly if only cost/efficiency advantages are considered. 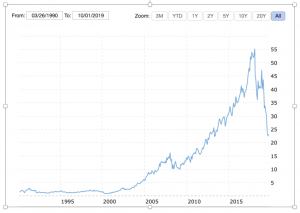 At least part of the reason is that consolidation has not always delivered true scale as promised. Integration efforts have proven more difficult than anticipated due to a combination of process, systems, and cultural issues. On the revenue side, projected gains in managed care contract negotiating power have proven to be short term or even illusory. This has led to a sub-trend in the M&A activity cited above: the privatization of “market consolidators” whose valuations suffered due to the perception that their integration was failing to deliver scale-driven growth as promised.

Private acquirers believe they can unlock value that current stock prices in public markets are ignoring, and as a result, global private equity-backed healthcare deals rose almost 50% in 2018 to the highest level since 2006, according to Bain & Co.’s 2019 private equity and corporate M&A report. The provider sector continued to be the most active, with global transaction value surging to $35 billion across 159 deals, compared with $18.9 billion across 139 deals in 2017. Often the idea is to provide some breathing room for a few years so companies can retool management teams and business strategies, or complete difficult process /systems integration work without the noise of short-term market earnings pressure.

But whether ownership resides with the public markets or private equity investors, these consolidators must ultimately deliver above-average growth or profitability, and within healthcare services they have historically attempted to do it without using branding as an important lever. Given the stark valuation trends and heavy private equity investments described above, it’s worth asking whether this state of affairs can continue.

In other consolidating industries, scale advantages have typically been realized on both the cost and revenue side, with brand consolidation often a key part of the revenue generation equation. An example is the U.S. banking industry, which was also highly fragmented and regionally focused just like healthcare prior to deregulation in the 1980s. Over the ensuing decades, efficiencies were certainly generated due to the integration of back-office transactions processing and the rationalization of overhead, but the consolidation of brands occurred in parallel and was supported with significant investments in brand advertising. Banking brands with large regional—or even national—footprints, such as Wachovia and NationsBank, were essentially merged out of existence.

In contrast, branding and marketing in the healthcare provider space have remained largely atomized and locally driven. Physicians and their practices remain very fragmented, despite trends toward hospital employment, practice acquisition, and the increasing prevalence of practice roll-ups. Even emerging consolidators in the hospital-based physician services space such as Envision Healthcare and Team Health, which are trying to create the first truly national, multi-specialty physician groups, often leave the larger regional practice brands they acquire intact.

There are legitimate reasons for being cautious on this front. They range from the B2B nature of marketing in the physician services space to the lingering importance of regional and local relationships in the dynamics of business development. But the idea of creating a national multi-specialty group, and having it generate real value without a unifying brand or common value proposition, seems very limiting. Even if scale is to be manifested on the revenue side through cross-selling to health systems or contracting leverage, the buyers on the other side of the table have to be made aware of the how dealing with this new kind of player is advantageous. That’s the realm of brand development. In the more B2C-driven sectors of healthcare services, the advantages of creating a powerful retail brand are even more obvious.

As capital continues to flow into healthcare services through M&A activity, and private equity investors shift focus to the “how” of turning $ billions in investments into outsized returns, pressure will increase to generate value from the revenue/demand generation side of the ledger. The stakes are simply too big now and cost/efficiency gains only go so far. One of the core strategic questions has to be: Are these consolidating entities, particularly those creating national footprints, simply “roll-ups” or do they represent a new kind of competitor with superior market positioning and scalability? Outsized returns will accrue to those that achieve the latter, but only if accompanied by effective brand development fully supported by investment in market awareness.

In the next article in this series—Part II: The Shift Toward a Value-Based System—I will focus on the move to value-based compensation in the healthcare market as a whole, and its potential impact on brand strategy and investment.

If this article struck a chord, it may be time for a branding “Health Check” from a third-party expert. At TopRight, we have partner-level resources who know healthcare, both from a marketing and clinical leadership (MD) perspective. So, let’s have a conversation. Otherwise, feel free to connect with me on LinkedIn, follow TopRight CEO Dave Sutton @toprightpartner, or if you want to go deep on transformative branding, grab a copy of Dave’s new book, Marketing, Interrupted.