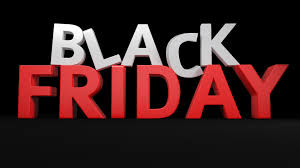 In recent years, the Black Friday craze has inched further and further into Thanksgiving. Engaging in an aggressive game of Thanksgiving store hour one-upmanship, stores, opening as early as 5 p.m. on Thursday, are making shopping frenzies overshadow festive dinners. Retailers like to point the blame at consumers—in a survey last year, 38 percent of shoppers said they planned to shop on Thanksgiving—but opening a day early also runs the risk of cannibalizing sales that could have been made on Friday.

The movement against “Black Thursday” doorbusters is exploding though.  Not every retailer in America wants to crash your Thanksgiving dinner. Richard Galanti, chief financial officer of Costco Wholesale Corp. says, “our feelings are pretty straightforward: Our employees work especially hard during the holiday season and we simply believe that they deserve the opportunity to spend Thanksgiving with their families and friends,” said “It’s really nothing more complicated than that.” Discount chain T.J. Maxx and regional department store Dillard’s Inc., along with warehouse clubs and some electronics stores are holding true to tradition and waiting for Friday before kicking off the all-important holiday shopping frenzy. Nordstrom Inc. wrote on its Facebook page: “We won’t be decking our halls” until Black Friday because “we just like the idea of celebrating one holiday at a time.” That post received more than 20,000 “likes” in less than 24 hours. Ace Hardware is keeping its 4,600 stores nationwide closed on Thanksgiving, taking the high ground by saying, “Some things are more important than money.”

This stance may cost them sales, as shoppers who venture out on Thanksgiving Day could load up on TVs, cookware and toys before Friday rolls around, checking off items on their Christmas lists. The National Retail Federation is predicting that 33 million people will be spending money on Thanksgiving, either in stores or online, accounting for nearly a quarter of the weekend’s total shoppers. The Boycott Black Thursday page, which encourages consumers to avoid retailers opening on Thanksgiving and give their holiday shopping dollars to those that stay closed, and which now has roughly 60,000 Likes, has been rounding up similar comments from DSW, GameStop, Dillard’s, Nordstrom, and others.

“Holidays are [fast] becoming an excuse for people to go shopping, so the notion that people are hanging around the fireplace on a holiday is long gone,” Allen Adamson, chairman of North America for brand consultant Landor Associates in New York, said. “People are used to shopping whenever they want to, whether the store is open or not.”  But as much as some Americans love the opportunity to hit the Black Friday sales early, many are opposed to Thanksgiving Day consumerism. 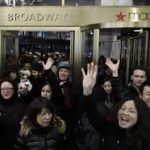 Let us know what you think and as always stay #TopRight!