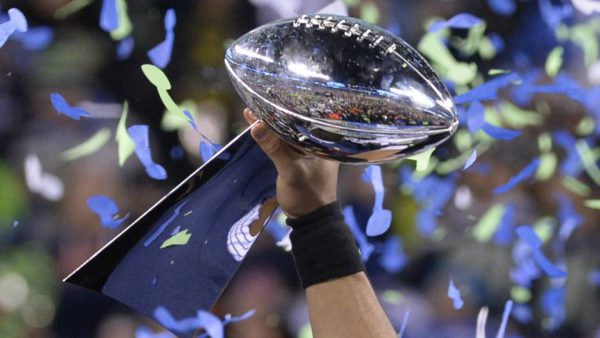 The Eagles and Patriots did not disappoint in this year’s game. The back-and-forth, offensive slug fest kept fans glued to their screens. Like last year, the game came down to the final possession. Tom Brady marched the Patriots down the field, and with less than 10 seconds on the clock, he had a chance to tie the game and take it into overtime.  His “Hail Mary” pass flew into the end zone, bounced around among the helmets and then flopped unceremoniously on the ground.  The Eagles narrowly escaped with a 41-33 win – their first Super Bowl victory ever!

Super Bowl 52 was expected to garner viewership of more than 110 million, off by about 3% from last year.  But according to Bloomberg, the year-over-year decline in ratings doesn’t seem to be scaring away marketers.  In fact, advertising prices at the Super Bowl were up again this year.

On top of that, consumers have grown weary with an NFL that has recently been making more headlines for their kneeling than their tackling. Given this environment, it has become increasingly difficult for marketers to differentiate their brand story and connect with viewers on a personal level. In order to stand out, brands must make the customer the hero of the story, stir emotion, while giving the audience a reason to care, a reason to engage, and the desire to learn more.

So, how did the brands that forked over $5 million for 30-seconds of airtime fare?

The Brands that Scored

Ameritrade “All Night Long” – If you tuned in early to the pre-game kickoff show, you caught one of the better ads of the night. Ameritrade featured a cameo by Lionel Ritchie. Lionel tries to clearly communicate one of the key benefits of the trading platform – allowing customers to trade any time of day or night.  Actors on either side of Lionel coax him to utter the phrase “all night long” – the title of his Grammy award winning song. But Lionel is unwilling to go there and describes the key convenience benefit in just about every other way you can imagine. It turns out to be a great way to communicate a brand point of difference without blatantly saying it!  Simple, clear and memorable!

Tide “No Stains” – The “no stains” promise has always been at the heart of the Tide brand. However, at the Super Bowl this year, they found an innovative way to stand out from the crowd and give the audience a reason to care, a reason to listen, and most importantly a reason to further engage.  Featuring David Harbour, from the Netflix hit series Stranger Things, Tide stole the show with a running joke that ended up multiplying the impact of their marketing investment many times over.

Tide shamelessly parodied familiar Super Bowl ads of the past – beer-bro ads, sleek car scenes and quirky insurance commercials.  But in the midst of the scene, they abruptly redirect the storyline to focus on the cleanliness of the clothes. “Look at all those clean clothes.  Is it a beer ad? No, it’s a Tide ad.”

With tongue firmly in cheek, they consistently communicated their product benefit while also positioning every other stereotypical ad viewers saw last night.  Did you catch the six-second spot featuring David Harbour in Eagles and Patriots jerseys coming back from half?  A brilliant move – they built on the same message but put it in a 6-second package to engage the audience once again. I started looking forward to each commercial break wondering what the next Tide ad may be. Ironically, it heightened my awareness of all of the ads for the rest of the night.  All advertisers last night owe the good folks at Procter & Gamble a debt of gratitude.  A rising “Tide” raised all boats!

NFL “Dirty Dancing” – Eli Manning’s appearance promoting the NFL was my favorite commercial in the second half.  Eli definitely one-upped his brother Peyton – who starred in a rather predictable commercial for Universal Studios theme park in the fourth quarter.

The NY Giants quarterback ran a perfect play with Odell Beckham, Jr.  A spoof on a dancing scene from the 1987 movie Dirty Dancing showed off the rhythmic talents of all the players and culminated in the memorable “lift” scene. It was great to see the NFL players make fun of themselves a bit after all the National Anthem headlines that have been driving the conversation around the NFL this past year.  Self-deprecating humor goes a long way to winning over an audience, and after this season fraught with political divide, the NFL was smart to give us all something to smile and laugh about.

The Brands that Flopped

Turkish Airlines “Widen Your World” – In our Super Bowl wrap-up last year, we were shocked that Turkish Airlines ran a commercial.  So, this year was even more of a head-scratcher. Dr. Oz (of Oprah Winfrey fame) is now featured as the spokesperson for the international airline.  The good doctor leads us on a global tour of the senses and challenges you to “widen your world.” Looks like the marketers at Turkish Airlines didn’t read our post last year.

Once again, this story could have been experienced on any international airline in the world. I guess Turkish figures if they increase demand for international travel, they’ll win their fair share of the market?  Take a look at the ad again to understand what I mean – you could substitute the airplane shot with any other airline: British Airways, Delta Airlines, Singapore Airlines, etc. and the story still works. What is the point of difference for Turkish Airlines?  Non-stop travel to Istanbul?

Yellow Tail Wine “Big Game Surprise” – Just like last year, Yellow Tail comes to the Super Bowl party with the #kangaroo.  In this episode, the brand promises to reveal the secret to a good party.  However, based on the reactions on the screen, this experience just comes across as a surprise party gone bad… not unlike opening that first bottle of Yellow Tail that you pick up at the grocery store!

This one flops on the TopRight brand story framework because a real connection is never made with the audience. Who’s the hero in the commercial – the guy in the yellow suit? The kangaroo? Certainly not the guy who opens his door to find this crazy party!

T-Mobile “We Are Equal” –   You would think that an ad featuring cute, smiling #littleones couldn’t go wrong.  Well, T-Mobile managed to botch this one as they tried to turn it into a social statement on diversity and equal rights.

The irony here may be that from a broadband coverage and quality perspective, T-Mobile is far from equal with their competitors. Marketers at T-Mobile may think that “we are equal” fits with their brand positioning, but the reality is that consumers don’t see the fit with their brand. People don’t expect a mobile carrier (even the “Un-carrier”) to preach to them about how we’re all equal.

To be frank, the only reason this one was engaging for me is that I was drawn to the bright white onesies that all of the babies wore. I was secretly hoping it was actually another Tide commercial … but sadly, it wasn’t.

NBC “Winter Olympics” – The network gets an honorable mention for the beautiful 2018 Winter Olympics commercials.  All of these ads were visually interesting, they told engaging stories of US athletic heroes and they closed with a specific call to action.  In a simple and clear way, they made me want to tune in later this week.  After all, that’s the point of a commercial –  motivating the audience to take action!

The reality is that you have six seconds to tell your brand story and make a connection with your customer. Yes, six seconds. A 6-second window to give your audience a reason to care and a reason to want to learn more about your offer.

Success in those six seconds depends on the perceived value that your brand will bring to the customers’ lives — the “why you do what you do.”

If you want to learn how to harness the power of your brand story to create a clear and compelling message that engages your customers and grows your business, download TRANSFORMATIONAL MARKETING: Moving to the TopRight.