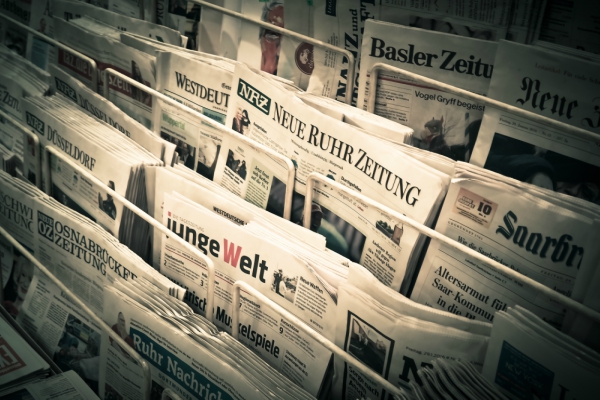 “Why would we ever need a crisis management plan?”

You’re not alone if you’re asking yourself this question. You may even feel completely justified.

I’m here to tell you that couldn’t be more incorrect. Regardless of what you sell, what industry you operate in, or who your customers are- you should have a plan prepared.

Take Airbnb for example, they learned the hard way. In 2011, they faced a huge media backlash after a host’s home in San Francisco was trashed. This may seem obvious now, but their view of their business at the time was that they were in the business of connecting or a “marketplace built on trust”- nothing more. What could go wrong? 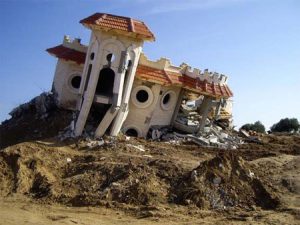 Their brand, entirely dependent on trust, was in jeopardy.

Airbnb’s issues may seem obvious now, but they operated under the guise the nothing could go wrong. In the wake of recent news regarding Harvey Weinstein, this post should serve as a wake-up call.

In May, we looked at United Airlines, SeaWorld, and Chipotle using E-Score’s brand trend data to check on the recovery, or lack thereof. The road to recovery for all of these brands has been painful for their bottom line.

Struggling to Take Off

Everyone remembers the passenger being forcibly removed from a United Airlines plane in April 2017. Nearly six months after the incident, and despite multiple efforts to improve the public image, the brand’s health is poor. 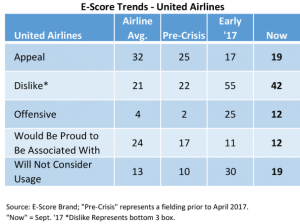 Here is what people don’t remember from the incident: It was a City of Chicago police officer that removed the passenger from the United plane.

What people will remember: United’s CEO, Oscar Munoz didn’t take full responsibility for the incident; at first, Munoz apologized only for “having to re-accommodate customers.”

Because of that initial response, the media noise the followed drowned out United’s attempts to correct the story. They had lost control. United eventually reversed their position and took full responsibility for what happened. The company also released that Munoz called the passenger directly on “numerous occasions” to offer his “heartfelt” apologies.

Had their initial response been more empathetic to the situation they might not be recovering from such a low point.

The burrito chain still has plenty of work ahead to persuade consumers to come back and trust its stores.

“It’s the most challenging [year] we’ve ever faced in our 23-year history.”- Steve Ells, Chipotle CEO 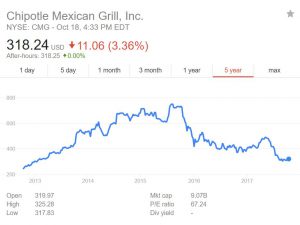 The overall Chipotle brand is still working to be where it once was, and it has been a long road of recovery. Chipotle’s situation underscores the need for good crisis management strategy. 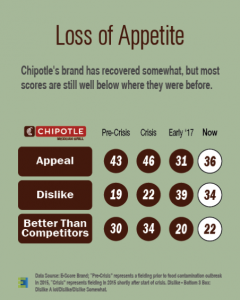 You may never encounter a PR nightmare on the scale of Airbnb, United, or Chipotle, but you should always have a plan in place.

“It takes 20 years to build a reputation and five minutes to ruin it. If you think about that, you’ll do things differently”- Warren Buffett

Below we’ve outlined three elements that can help make or break your public response during a crisis:

A timeless example of crisis management is how Johnson & Johnson exemplified taking authentic responsibility during a serious product crisis in the early 80’s. 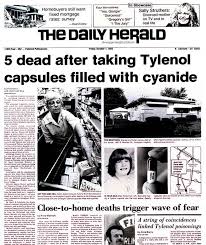 The company was not responsible for the product tampering, but J & J recognized the problem and found a solution immediately. Johnson & Johnson CEO James E. Burke was keen to realize that his company could face extinction if the crisis was not handled properly. Burke offered the public an unequivocal apology as soon as reports of the deaths surfaced.

Burke gained a reputation for strong, decisive leadership in the face of disaster. Fortune magazine named him one of history’s 10 greatest CEOs and the Tylenol case has been cited in countless studies as an example of excellent crisis management.

When facing a crisis, it’s key to understand how to navigate the storm of public opinion to restore confidence in the brand for the consumers.

A PR disaster can become a nightmare of viral videos, tweets, and memes shared via social media faster than you can blink an eye. Being proactive with your reputation and having a PR playbook in place will help to mitigate potential long-term damage.

Successful reputation management rests in a company’s ability to deliver a simple, clear, and aligned brand story with ruthless consistency. Learn how to harness the power of the six-second story to engage prospects and inspire remarkable customer experiences by reading the TopRight Guide to Transformational Marketing.