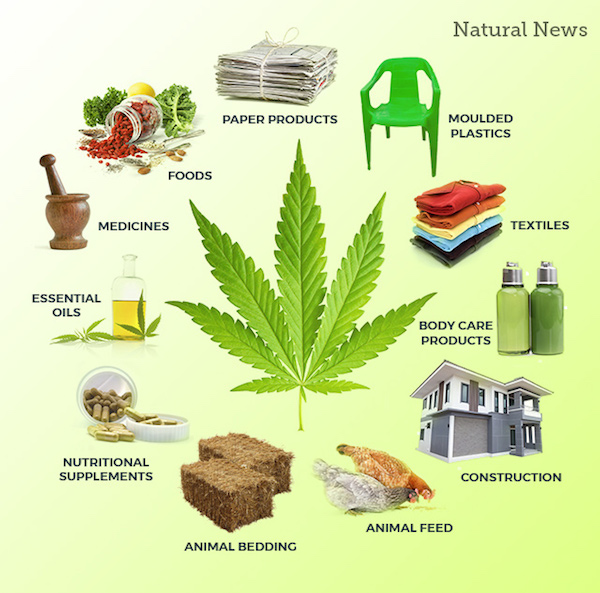 For years, folks said that I was too optimistic, but the time has finally arrived: our nation is on the threshold of ending its long-held prohibition on cannabis. If the current pattern holds, we’ll soon be living in a land full of legal cannabis shops coast to coast, a liberated nation-state in which lighting up or popping an “edible” will be as common as sitting down for a beer. (Despite some new local laws cropping up lately, this is currently the situation throughout California.)

And that means that by next year, this very rapidly growing industry could easily emerge as one of the largest spenders on branding and consulting. As the saying goes, big things change first gradually then suddenly. With the initial normalization of pot’s use in polite society and then the popularity of inoffensive CBD oils and spinoff products, now a transformative array of new state and federal policies are clearing the way for widespread access to and sales of cannabis products across the board. Mark my words, within a very short time, this giant-in-waiting will rise up and quickly rival the juggernaut liquor or fast food industries.

America, get ready for a whole new USA. Whether we elect a democratic socialist or a conservative republican in 2020, the country that once gave us the infamous Puritan booze-basher Carry A. Nation will more resemble Amsterdam than you ever thought possible.

But Should You Care?

You may be wondering: do I, Dave Sutton, sport dreadlocks and a hemp vest and drift in a cloud of patchouli wherever I may go? Not at all. And it doesn’t matter whether I prefer the stuff or not—or whether you do—it’s here and it’s not going away. When the conservative governor of the cherry red southern State of Georgia signs a law that allows a group of companies to legally sell THC, you know we’ve passed the point of no return. So paying attention is now required.

But my foresight on this, and my choice to draw up this post, is not based on a mere overabundance of enthusiasm. Recent policies have been changing in significant ways and I’m here to tell you about them and why they’re important. All of them have to do with domestic shifts in regulations that you should know about whether you’re a vendor, a marketer, or a—ahem—consumer.

And finally, I’ll tell you a little about branding questions and marketing possibilities for future cannabis vendors.

The 2018 Farm Bill made it legal to grow and sell industrial hemp. If you’re not sure what to think of hemp, consider it a kind of marijuana that doesn’t get you high. The tough, quick-growing plant itself has plenty of uses—clothing, insulation, animal feed, and much more—but despite its nonthreatening nature its association with its intoxicating cousin led the United States to ban its use for decades. But last year, all that changed overnight. The new federal legislation allows the cultivation of hemp for virtually any purpose and explicitly permits its transportation over state lines. This is a sea change that constitutes just the most recent giant step forward in the fight for the cannabis industry. If you’re a person who is part of the new wave of interest in CBD oil—which is extracted from hemp—you have the 2018 Farm Bill to thank.

And let’s talk about the recent surge of widespread demand for CBD oil. Once virtually unheard of, you can get the stuff anywhere now, and it’s popular in almost every demographic. People are using it in food, as pain relief, as a sleep aid, and they even administer it to their dogs and cats for pet health. Just as the change in the hemp laws opens the door to legalizing cannabis, the gradual acceptance of CBD is leading toward a deeper understanding of THC—CBD’s chemical relative and the main ingredient in pot—that will result in a world in which the once predominant bias against marijuana will vanish like a bad acid trip. The CBD market alone is expected to nearly quadruple to $1.3 billion by 2022—not bad for a product that in 2017 was on the black market. Many reports say that the only thing keeping CBD from exploding even beyond that is the FDA insisting that it be keep it out of food products. Once that inevitably changes, you’ll see CBD teas and coffees at every diner in the nation as well as CBD tinctures in breads, yogurts, and energy drinks. But even before that happens, you may start seeing CBD ads on your local television.

The Secure and Fair Enforcement (SAFE) Act is a piece of legislation currently being considered by the Republican-held Senate. Though not yet passed, the bill would make it possible for cannabis companies to open accounts and be financed by banks (like any other company) and also to operate legally across state lines (like any other company). It’s hard to overstate how important this one is. If or when it passes—and many are saying it will do so by the end of the year—it creates the space for once-small companies to grow by permitting them to connect with markets across the nation. Whatever happens, the unusual Avengers-style coalition of conservatives, progressives, libertarians, liberals, corporate CEOs, and small business owners that is propelling this bill forward would seem to suggest that the legislation has a better-than-ok chance at becoming law. When it does it will change the game forever.

And this post wouldn’t be complete without a shout out to the fact that most states now allow for medical marijuana use of some kind. California, of course, was the first to permit its narrow use for medical purposes back in 1996. Since then an additional 32 states have done the same—and, astoundingly, only four holdout states in the union remain without any kind of cannabis- or hemp-related legislation passed at all (for your info, they are Idaho, South Dakota, Nebraska, and Kansas). All the rest, including US territories like Guam and Puerto, have made some type of major step toward legalizing medical marijuana, hemp, CBD, or a related product.

There are a few ways that an ambitious cannabis cultivator can tell its all-important brand story once it hits the market. Aside from ensuring that brands are compliant with the relevant regulations and have chosen an effective digital strategy, the identity they want to project will be of top importance. In the soon-to-be days of a thriving cannabis trade, brands will have to differentiate themselves not only from each other but from relevant markets, like alcohol and tobacco.

How to do this? There are four general stylistic categories:

Cannabis has so many health benefits and applications it’s hard to believe: insomnia, depression, muscle pain, and even chronic issues like diabetes and cancer symptoms. But being clear about what exactly those benefits are, and making it “safe” for people new to it to experiment with it, will be a majorly important and successful angle for some companies.

Rescuing marijuana’s reputation from the world of truant teens and back alley drug dealers won’t be as hard as it might seem, but finding the right way to rehabilitate it back into ordinary life could be. Focusing on a positive lifestyle choice—all-natural, green, healthy, fun, forward-thinking—is an appealing way to do it. But only if the company in question can do it convincingly and with ruthless consistency across the board.

Once the basic premise of a marijuana-friendly world is accepted, the products could easily be associated with optimism and “aspiration.” Providing consumers with a luxury experience or giving them the space to pursue a much-improved quality of life will be of great appeal.

Cannabis has a whole slew of practical industrial and chemical applications. In this case, it will be critical to focus on what cannabis can do for ordinary citizens in America’s everyday neighborhoods, farms, offices, and school campuses. Normalizing practices and uses will mean creating a brand with personality and reliability that people can bond with.

Until the days of a prohibition-free America, all we have to do is wait and let the pro-marijuana laws continue to be passed. In the meantime, if you’re interested in receiving more of my totally dank marketing tips, please follow me @TopRightPartner, connect with me on LinkedIn, subscribe to our blog, or buy a copy of my latest book, Marketing, Interrupted.